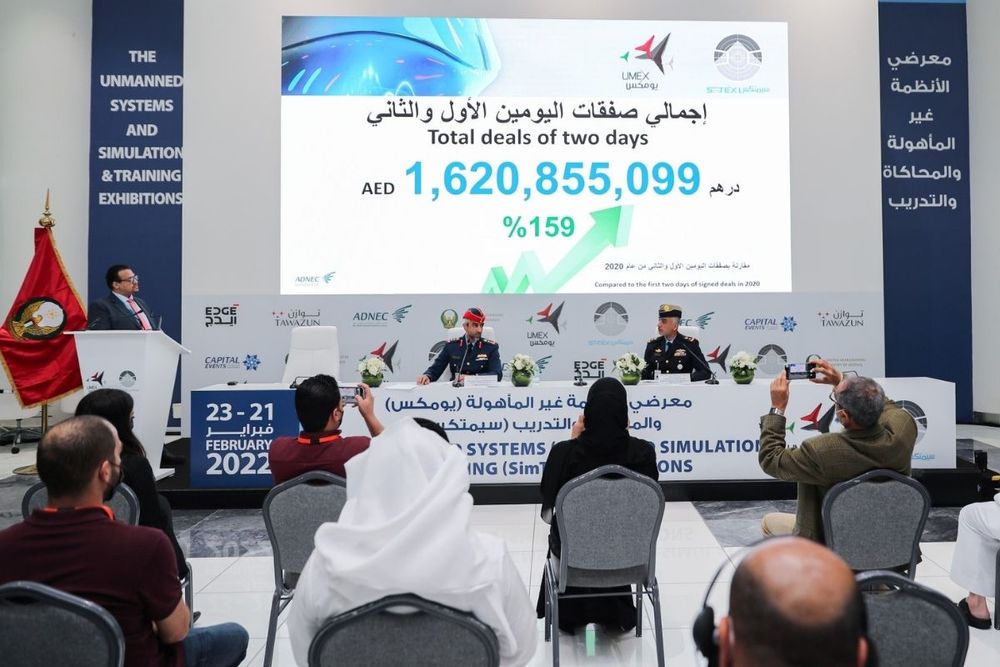 The Ministry of Defence signed three new deals with an overall value of over AED966.25 on the second day of the 5th edition of UMEX & SimTEX 2022.

Under the patronage of His Highness Sheikh Mohamed bin Zayed Al Nahyan, Crown Prince of Abu Dhabi and Deputy Supreme Commander of the UAE Armed Forces, the event continued today with wide-scale participation of major companies specialising in unmanned systems, training, and simulation from 26 countries, and unprecedented attendance by high-level official delegations from across the world.

The overall value of deals signed by the Ministry of Defence with local companies participating in UMEX & SimTEX 2022 in its second day amounted to approximately AED874.174 million, while contracts with foreign companies reached AED92.077 million.

The second day's deals include one valued at over AED 874.174 million with International Golden Group for purchasing a drone system, and an AED 46.643 million contract with the American Anduril Industries company for finishing trials related to an anti-drone system, along with a deal valued at around AED 43.434 million with France’s MBDA company for purchasing thermal flares.

This year’s edition hosts several prominent global companies, including the US General Atomics company for aviation systems, the US L3 Harris Technologies, the US Insitu company, France’s NExter Systems, Ukraine’s Ukroboronprom, Italy’s Fincantieri, and China’s ALIT, and many more leading global countries that are launching their latest unmanned systems innovations and technologies at UMEX & SimTEX.

The fifth edition features 15 live shows in the Tilal Swaihan area, showcasing grounded and aerial unmanned systems and AI and robotics technologies, with a total of 22 advanced technologies and innovations in the fields being unveiled at these shows. This edition also features the Modern Technology Track, which takes visitors on a tour showcasing the latest advanced technologies featured at the exhibitions, UMEX talks, the best innovative solutions for challenges, and futurism endeavours in a world with rapid scientific advances and increasing reliance on unmanned systems and AI. 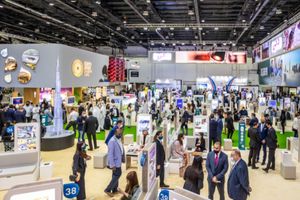 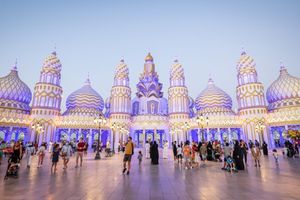 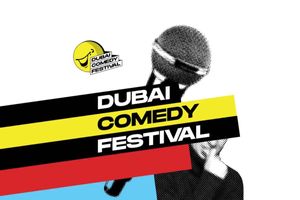 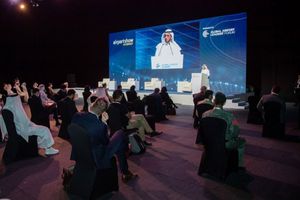 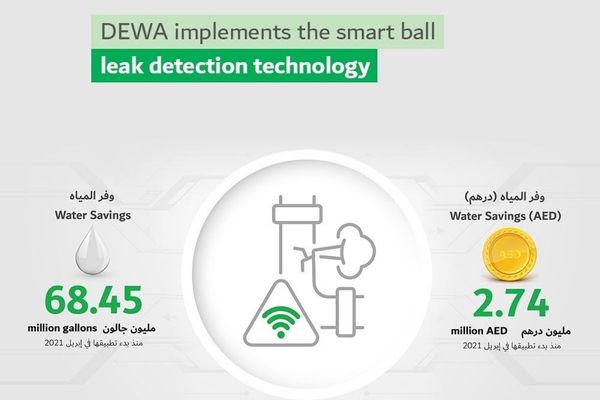 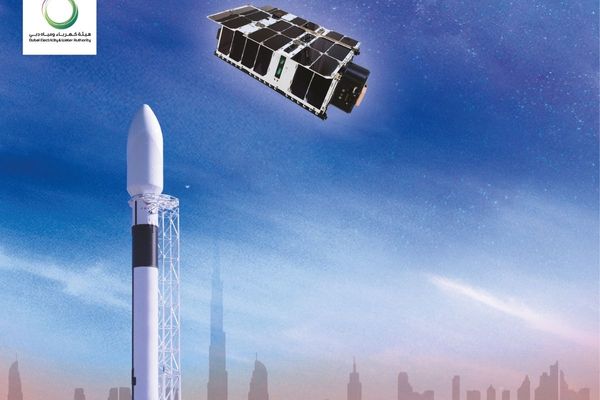