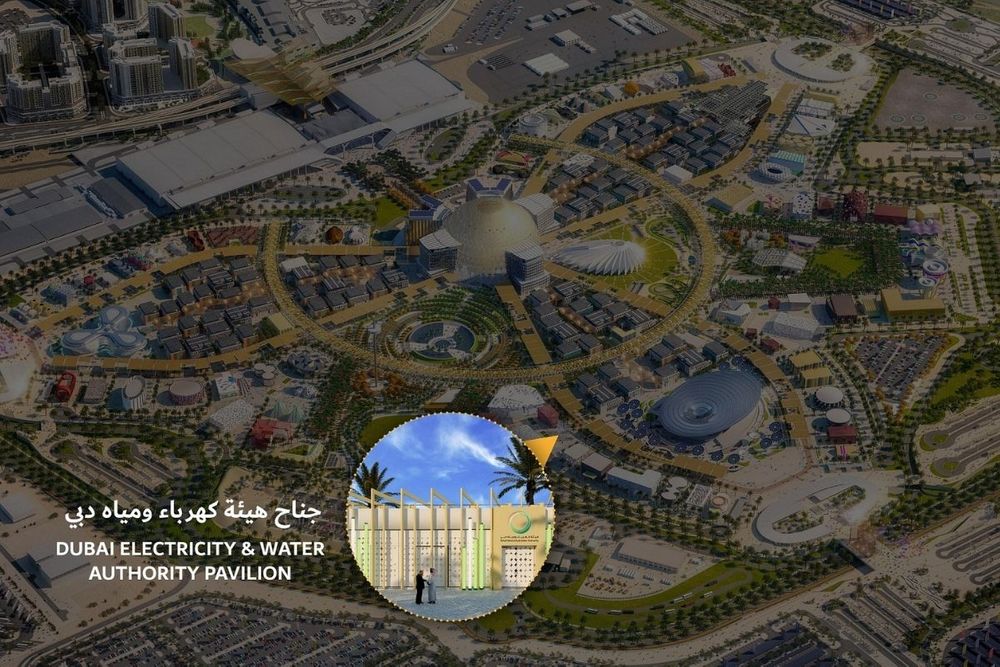 Dubai Electricity and Water Authority (DEWA) is participating at Expo 2020 Dubai with a large pavilion, characterized by a contemporary design that aligns with DEWA's role as the Official Sustainable Energy Partner of Expo 2020 Dubai, which will be organized for the first time in the Middle East and Africa from 1 October 2021 to 31 March 2022 under the theme 'Connecting Minds, Creating the Future.' DEWA's pavilion will showcase its key projects and innovative initiatives.

"We do our best to achieve the vision of His Highness Sheikh Mohammed bin Rashid Al Maktoum, Vice President and Prime Minister of the UAE and Ruler of Dubai, to organise the best edition in Expo's history. DEWA's pavilion at Expo 2020 Dubai provides a unique experience for visitors. It highlights DEWA's innovative projects and initiatives, especially in renewable and clean energy and using the Fourth Industrial Revolution technologies to disrupt the entire business of public utilities. DEWA intends to become the world's first digital utility to use autonomous systems through Digital DEWA, the digital arm of DEWA. Its objectives align with the Dubai 10X initiative, which aims to make the Government of Dubai 10 years ahead of other cities through government innovation," said HE Saeed Mohammed Al Tayer, MD & CEO of DEWA.

DEWA's pavilion at Expo 2020 Dubai highlights the Mohammed bin Rashid Al Maktoum Solar Park, the largest single-site solar park in the world with a planned capacity of 5,000 megawatts (MW) by 2030. Upon its completion, the solar park will reduce over 6.5 million tonnes of carbon emissions annually. The current capacity of the solar park's projects has reached 1,013MW using photovoltaic solar panels. DEWA has 1,850 MW underway using photovoltaic solar panels and Concentrated Solar Power (CSP) in addition to other phases to reach 5,000MW by 2030.

DEWA will showcase the Green Hydrogen project, the first of its kind in the MENA to produce hydrogen using solar power. It was implemented in collaboration between DEWA, Expo 2020 Dubai, and Siemens Energy at the outdoor testing facilities of the Mohammed bin Rashid Al Maktoum Solar Park. The pilot plant has been designed to accommodate future applications and test platforms of different uses for hydrogen, such as for industry and transportation.

DEWA has allocated a stand at its pavilion for the Solar Decathlon Middle East (SDME), which is organised by DEWA under the patronage of HH Sheikh Hamdan bin Mohammed bin Rashid Al Maktoum, Crown Prince of Dubai and Chairman of the Executive Council of Dubai. It is part of the partnership between the Dubai Supreme Council of Energy and DEWA with the US Department of Energy. DEWA will showcase the designs submitted by universities in the second SDME, which will be held in conjunction with Expo 2020 Dubai. DEWA will also showcase the design that won the 1st place in the first SDME, which DEWA organised in 2018. It was designed by a team from Virginia Tech in the US.

One of DEWA's pioneering and innovative projects is a 250MW pumped-storage hydroelectric power plant in Hatta. The station, which is the first of its kind in the GCC will have a storage capacity of 1,500 megawatt-hours, a life span of up to 80 years and investments up to AED 1.421 million. The hydroelectric power station will use water in the Hatta dam and an upper reservoir that is being built in the mountain. The hydropower plant mechanism includes the use of advanced turbines that is run on clean energy generated at the Mohammed bin Rashid Al Maktoum Solar Park, to pump water from the dam to the upper reservoir. Turbines operated by the speed of waterfall from the upper reservoir will be used to generate electricity through a 1.2 kilometre subterranean water canal, with high efficiency in power generation and storage of up to 78.9% and with a 90-second response to demand for electricity and connected to DEWA's grid.

Besides the hydroelectric power station, DEWA is implementing two projects in Hatta; 'Dubai Summit' and 'Hatta Sustainable Waterfalls.' The 'Dubai Summit' project includes the construction of a 5.4 kilometre cable car to transport tourists to the summit of Um Al-Nesoor. At 1,300 metres above sea level, it is the highest natural summit in Dubai. The project is expected to be a major tourist attraction in the UAE. The cable car route passes over the Hatta Dam Lake and the Upper Dam Lake for the hydroelectric power station, as well as through mountains, ending at the summit of Um Al Nesoor mountain. The 'Hatta Sustainable Waterfalls' project will use the slope of the upper dam to create a natural waterfall. A waterway will be built along the parking area below the dam. The water used in the waterfall will be collected at the end of the stream, recycled and pumped back to the top of the dam. Fish bred in the stream will provide an additional attraction for tourists and families.

As part of its pavilion, DEWA will dedicate a special stand for the World Green Economy Organization (WGEO), which was launched by HH Sheikh Mohammed bin Rashid Al Maktoum in October 2016 during the World Green Economy Summit in Dubai. WGES aims to enhance the transition to a green economy and support countries and organisations in implementing their green strategies and plans. WGEO and the UAE Ministry of Climate Change and Environment will organise the 'MENA Climate Week 2022', in collaboration with UNDP, the UN Environment Programme (UNEP), the United Nations Framework Convention on Climate Change (UNFCCC), and the World Bank Group. The UAE will host the event for the first time in the MENA on 2-3 March 2022.

DEWA will showcase its Space-D programme, which aims to build DEWA's capabilities and train Emirati professionals to use space technologies to enhance its electricity and water networks, and will take advantage of the Fourth Industrial Revolution technologies. The project features the launch of the main satellite equipped with the latest imaging and satellite communication technologies, which will take place in conjunction with Expo 2020 Dubai. The satellite cameras will monitor the performance and efficiency of the photovoltaic solar panels at the Mohammed bin Rashid Al Maktoum Solar Park using special cameras on the main satellite, which will also study the impact of weather and climate change on energy infrastructure and supply. This enhances the reliability of supply and sustainability of resources.

DEWA's pavilion at Expo 2020 Dubai will feature a model of its new headquarters named 'Al Shera'a' (Arabic for Sail). It will be the world's tallest, largest, and smartest government Zero Energy building. Total energy used in the building during a year will be equal to or less than the energy produced on-site during that year. DEWA's new headquarters is designed to receive a platinum rating by LEED (Leadership in Energy and Environmental Design) and a silver rating from the WELL Building Standard.  DEWA's new headquarters will be directly linked to Jadaf metro station. This will encourage the use of public transport to reduce traffic and the carbon footprint.  It will use the latest technologies, including IoT, Big Data and Open Data, AI, and the latest smart-building management technologies. 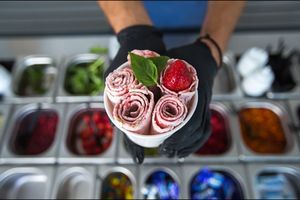 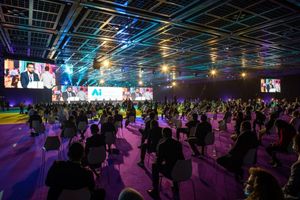 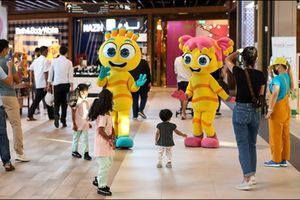 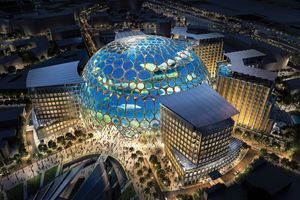 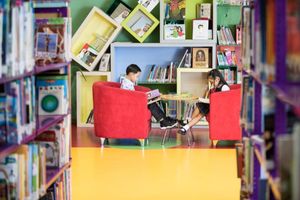 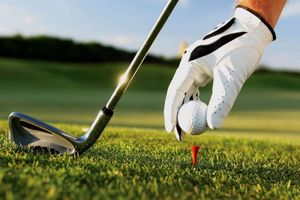 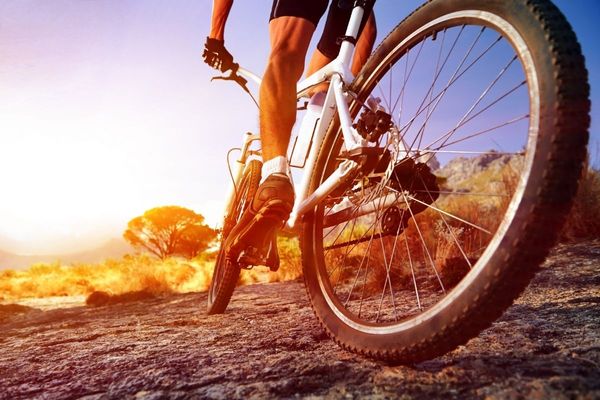 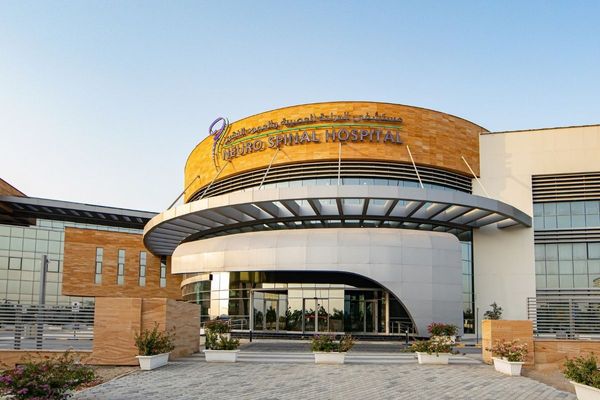