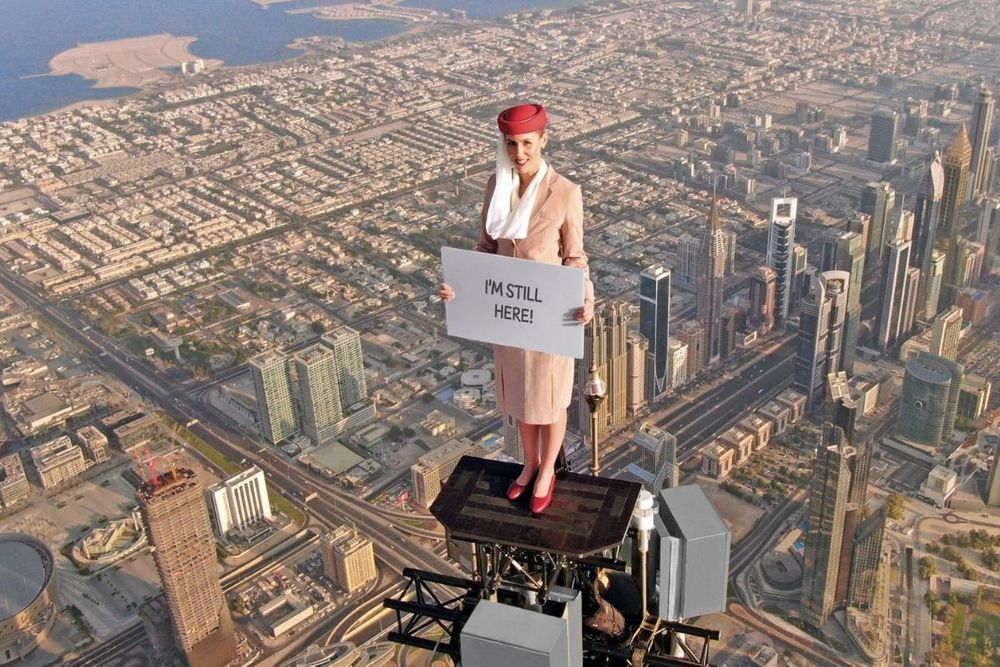 Keeping with Dubai’s ‘nothing is impossible’ spirit, Emirates is soaring up and around the Burj Khalifa for another edition of its viral ad campaign, this time taking it one spectacular step further with the masterful addition of the iconic Expo 2020 Dubai A380. Emirates hit the global headlines and social media feeds of millions in August 2021 when it took its brand message to new heights atop the Burj Khalifa.

This time, the brave stuntwoman is standing at the pinnacle of the Burj Khalifa by Emaar once again, holding up message boards with an invitation to visit the world’s greatest show, Expo 2020 Dubai, on the iconic Emirates A380. She then gestures to her ‘friend’, the eye catching Emirates A380 wearing the Expo 2020 Dubai livery, which gracefully soars in the background as she stands firmly on the spire of the world’s tallest building. The ad also features dynamic aerial views of Dubai and its iconic skyline, and culminates in a flypast over the impressive Al Wasl dome at the Expo 2020 Dubai site.

"Now at the halfway mark of its six-month run, the excitement and momentum around Expo 2020 Dubai remain strong. Our latest campaign boldly carries the Expo message and invites people to come and experience what is truly the world’s greatest show. There is nowhere else right now that offers the raft of attractions, top-class entertainment and music, riveting sports, vibrant country and themed pavilions, a thriving culinary scene and much more – all in one place. Dubai and the Expo are already top attractions and our aim is to give global travellers even more reasons to choose Emirates and Dubai for their upcoming winter and spring holidays."

While the ad looked like it was shot effortlessly, the whole project involved in-depth planning and meticulous execution involving stakeholders across Dubai’s aviation eco-system, with a strong focus on safety at every juncture when conducting the low flying manoeuvres.

The carefully choreographed flypast involved the A380 flying at a low altitude of only 2,700 feet, the exact height of Burj Khalifa by Emaar. The aircraft also flew at a very low speed of 145 knots. To put that into perspective, the average cruising speed of an A380 is around 480 knots. The low speed ensured the aircraft could efficiently and continuously circle around the Burj Khalifa and achieve a tight radius without drifting away. In total, the Emirates A380 circled the Burj Khalifa 11 times to get a right selection of shots for the ad.

The aircraft also appeared as if it was flying very close to the stuntwoman as she was standing on the Burj, when in fact it was over a half a mile away.

During the planning stages, Emirates pilots, Flight Operation teams, Air Traffic Controllers, helicopter pilots, drone operators and the filming teams, the Emirates marketing team, the Emaar team, regulatory teams as well as the UAE GCAA and DCAA worked closely to discuss and deliberate every detail and aspect of the mission, choreographing the flight plan, running risk assessments, accounting for air traffic, areas over flown, as well as gauging potential wind and weather conditions in order to secure the necessary approvals. Pilots also trained multiple times in the A380 flight simulator to ensure every visual reference point was covered and tested and every maneuver checked prior to the mission. The simulator visits also helped establish the way all stakeholders would communicate during the flypasts and filming to ensure everyone was operating in a safe environment.

In addition, the team closely liaised with Dubai ATC to ensure that all activity was protected by blocking the airspace through a Temporary Restricted Area during all of its holding patterns.

The filming and low flypasts were conducted on 13 and 14 October 2021, and the timings of the flights were scheduled outside of the peak departures window at Dubai International as a further measure to mitigate any risk.

The new global multi-channel campaign will run in 12 languages, debuting across 19 countries covering TV, cinema, digital and social media platforms. The ad is part of a wider USD $20 million commitment Emirates has made to help create awareness, generate excitement and ultimately drive more visits to Dubai and Expo 2020 Dubai. 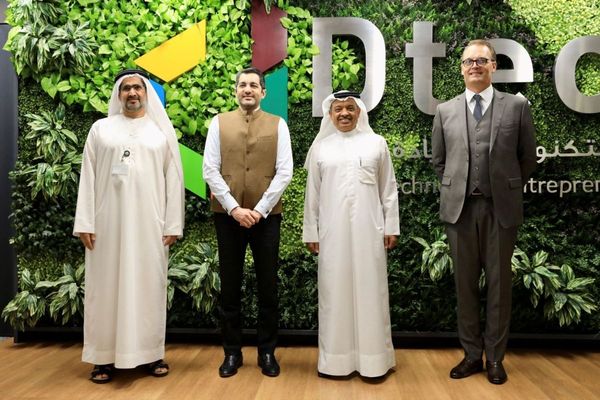 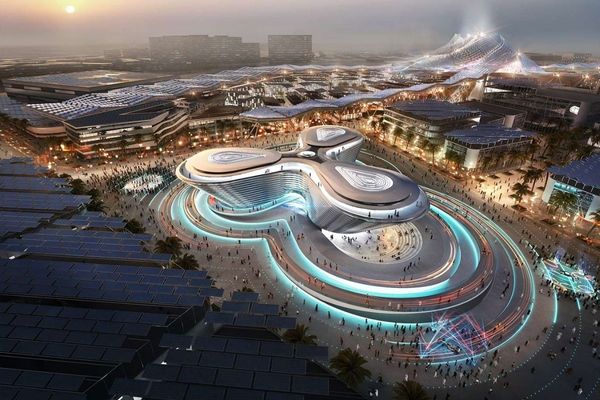