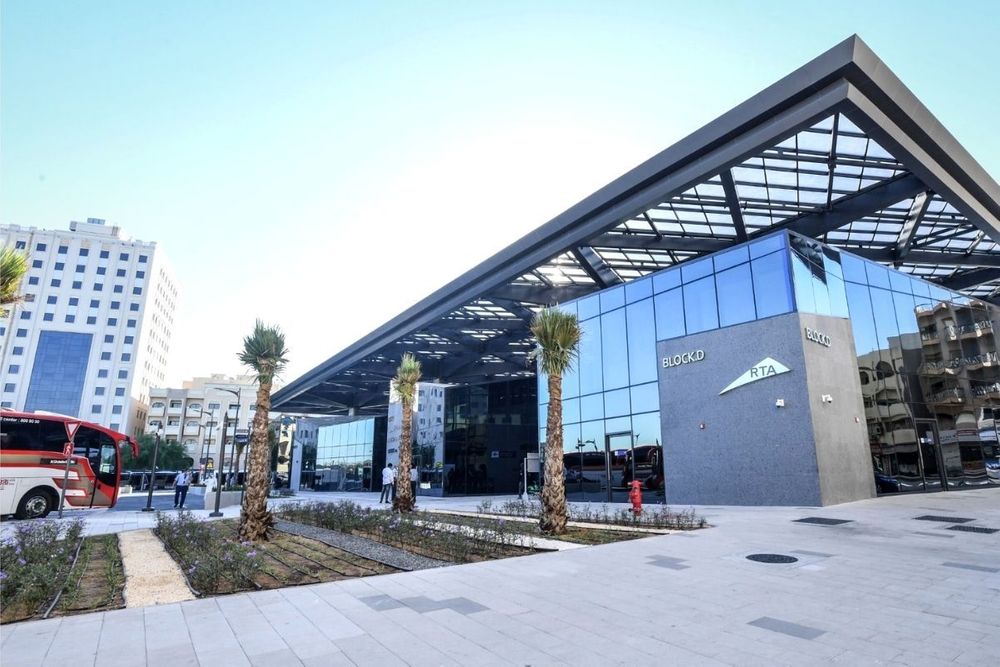 A masterpiece of modern engineering design, the bus stations are integrated with multi mass transit means including the metro, marine transport and taxis. His Highness also reviewed the E-scooter service as well as projects and initiatives of Dubai’s Roads and Transport Authority, RTA, to improve public bus services, bus stations to serve Expo 2020 visitors and initiatives focused on flexible mobility and shared transport.

Sheikh Hamdan bin Mohammed was received by Mattar Mohammed Al Tayer, Director General and Chairman of the Board of Executive Directors of RTA, on arrival at Al Ghubaiba Bus Station.

He toured the facilities, which include six buildings that offer innovative state-of-the-art public transport solutions. The design of the buildings is environmentally sustainable and meets the needs of People of Determination.

The station, which spans an area of 2,452 square metres in total, hosts office spaces, customer service areas, retail outlets and restaurants in addition to 50 slots for buses and 48 slots for vehicles. It has a stand for 34 taxis and 60 docking stations for bicycles. The station can handle up to 15,000 passengers per day with an estimated number of 10,500 passengers per day.

The RTA plan encompasses the deployment of 614 buses and the opening of 23 bus routes and six temporary stops for serving Expo visitors. Two of the six temporary bus stops are located in Dubai Silicon Oasis and the International City. The other four are in the Dubai Maritime City, Palm Jumeirah, Business Bay 1, and Al-Meydan. These projects complement RTA’s efforts to upgrade the public transport infrastructure to encourage people to use them in their daily commute.

Sheikh Hamdan reviewed an initiative to support youth projects as part of which RTA will offer two free spaces to small enterprises managed by UAE nationals in collaboration with Mohammed bin Rashid Establishment for SME Development. His Highness also reviewed the indicators and operational results across the public bus network which comprises of 1,758 buses, 21 stations, and 167 routes serving 157 million riders per annum.

His Highness was also briefed about RTA’s initiatives to promote transport pooling to ease the movement of riders to their final destinations (last-mile). These initiatives include the establishment of Hala ride-hailing, a joint venture with Careem, whose app has 5,500 vehicles currently registered. Since being launched in May 2019, Hala made about 8 million trips and cut down the time required for vehicles to pick up clients from 12 to just 3.5 minutes.

Other initiatives include the Careem Bike service that has about 780 bikes offered at 78 docking stations in the initial phase, and a smart car rental initiative with 400 registered vehicles deployed by Udrive and Ekar companies.

E-Scooter trial run The Dubai Crown Prince was also briefed on the trial run of the E-scooter project, which will start as early as next week with five operators who include three international companies (Careem, Lime, and Tier) and two local companies (Arnab and Skurrt) supported by Dubai SMEs.

Cycling Tracks Sheikh Hamdan reviewed RTA’s Cycling Tracks Plan 2021, which encompasses the construction of cycling lanes extending 88 km across eight districts. Priority has been given to the construction of tracks in three districts, extending a total of 31 km. The first (16 km), which extends from Jumeirah Beach, parallel to the existing pedestrian track, passes along Al-Sufouh St before linking with the existing cycling track at the King Salman bin Abdul Aziz Al Saud St. The second (7 km) runs from the Mohammed bin Rashid Boulevard to the cycling track on Jumeirah St in the DIFC district and the 2nd of Dec St. The third (8 km) links cycling tracks at Al-Khawaneej and Al-Warqaa through the Sheikh Zayed bin Hamdan Al Nahyan St and Tripoli St.

"Until the commencement of 2020, RTA constructed cycling tracks extending 425 km and intends to extend them further to as much as 647 km by 2025. This massive infrastructure project realizes the vision of His Highness Sheikh Mohammed bin Rashid Al Maktoum, Vice President and Prime Minister of the UAE and Ruler of Dubai, to bring happiness to people and switch to a sustainable transport model characterized by minimal pollution to the environment.

The project is also aligned with the directives of Sheikh Hamdan bin Mohammed to make Dubai a bicycle-friendly city that encourages people to practice cycling as a sport. It also forms part of the Dubai Vision 2021, which aims to strengthen the emirate’s position as the world’s most preferred and safest place to live, work and visit." 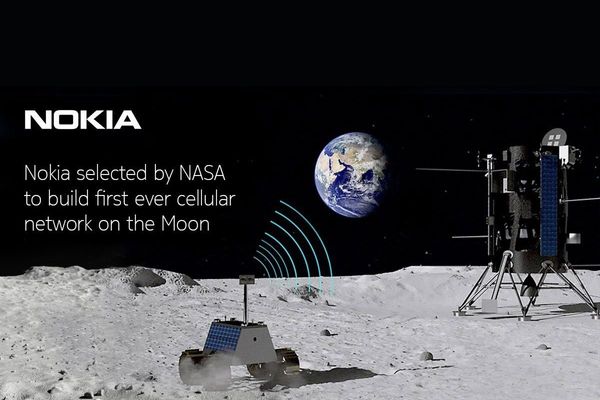 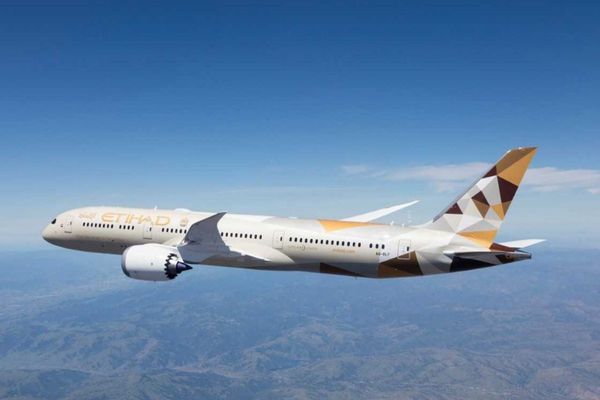