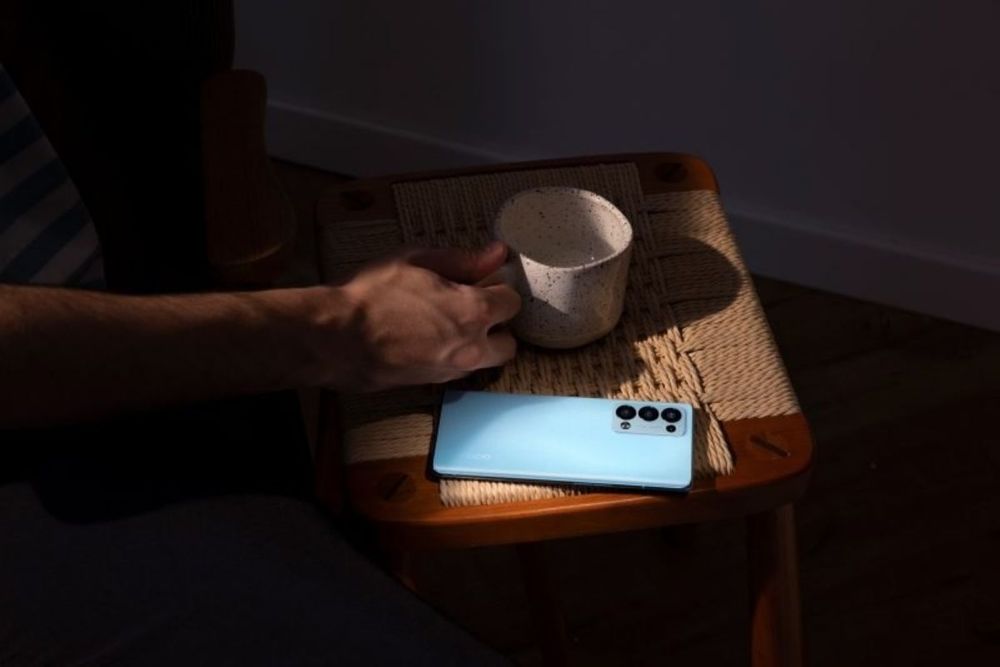 The Reno6 specialises in AI Portrait videos, enhanced with a plethora of capabilities to create a cinematic effect. These features will enable customers to record key life events professionally and creatively, enabling them to capture moments, memories, and feelings within a beautiful, one-of-a-kind setting. With the launch of the Reno6 series, OPPO reaffirmed its commitment to providing GCC customers with technology that fits their lives. From the ultra-connectivity of 5G to professional-level videography and photography, the launch also saw the company unveil two true wireless earphones – the OPPO Enco Air and OPPO Enco Buds, which it says are the perfect accessory for the Reno6 Series.

“This launch reverberates Reno Series’ distinct blend of trendy aesthetics with a light, thin and comfortable design, to make the phone not only look good, but also very practical in resisting fingerprints and scratches due to the patent-granted Reno Glow process,”

To date, the Reno Series serves more than 70 million users across the world each month on average, capturing over 236 million memories through video.

OPPO has always been particular about the design, display, and performance of their devices. The new series of smartphones has had to undergo durability, and performance quality tests involving environmental and mechanical stress,.

Zaki explains that the company ensures that every device delivers an all-round, optimal user experience.

“Stability and reliability are among the main factors that define whether a device passes the test – and OPPO takes no shortcuts when it comes to quality. We pride ourselves on our rigorous testing, undertaken at the OPPO QE Reliability Lab with the aim of maintaining high, standardised product quality across the board. From product development to mass production, the lab is tasked with testing products against the strictest quality standards. An OPPO device reaches consumers after a journey of 150 tests – including stress, durability, performance and more,”

Out of the box

To give a premium feel, the OPPO Reno6 Pro 5G, the hero variant of the Reno6 Series, is designed to appeal to a younger audience with unique colours and an innovative finishing. Addressing the new generation’s needs, the smartphone company states that mobile phones are no longer just communication tools, instead, they represent one’s taste and style. The Reno6 Pro 5G is a thin 7.99mm device that weighs 188g and inherits OPPO’s Reno Glow, the company’s patented design, with two additional colours – Arctic Blue and Lunar Grey. While Arctic Blue has an improved Reno Glow effect, Lunar Grey has a gleaming, transparent, and pure metallic silver finish. The phone is powered by the Qualcomm Snapdragon 870 5G mobile platform with a Kryo 585 CPU, operating at up to 3.2GHz.

OPPO’s Reno6 Pro 5G also has 12GB of RAM and OPPO’s self-developed RAM expansion technology. Some of the available ROM storage can be converted to RAM space when the feature is turned on. In addition, the Reno6 Pro’s original 12GB of RAM may be augmented by an extra 3GB/5GB/7GB of memory as needed, allowing it to function smoothly even when multiple apps are running simultaneously. The smartphone also features two sensors on the front and rear of the phone that detect ambient light to enable 360-degree light sensing. Consequently, auto-brightness accuracy has significantly increased, ensuring that the viewing experience is as comfortable as possible.

The smartphone also features a large 4500mAh battery and 65W SuperVOOC 2.0, which can charge from 0 to 100 per cent in only 31 minutes, in addition to a slew of power-saving technologies.

"After conducting market research, OPPO found that many tech-savvy consumers were seeking brand affinity and a 360-degree experience with their smartphones, beyond specifications and features,”

Hence, the company was heavily focused on innovating to cater to this market segment. The smartphone tech giant developed an enhanced series to ensure that the best camera and flash charging experience would remain available to all.

With a 50MP AI quad-camera matrix on the back, and a 32MP selfie camera on the front, the Sony IMX766 sensor, and OPPO’s AI capabilities, users can effortlessly shoot professional-looking portrait films with the new Bokeh Flare Portrait Video. The feature adds DSLR-like cinematic bokeh flare effects to portrait movies with improved, AI highlight video and flash snapshot.

The powerful image sensor behind the primary camera – Sony IMX766 – is what sets it apart, states OPPO. The DOL-HDR technology (IMX766) utilises a “quasi-simultaneous” technique to take both long and short exposures of the same shot in a significantly reduced amount of time. As a result, one can capture both shots almost simultaneously, reducing the ghosting and motion blur observed in standard HDR images. In addition, real-time previews of HDR images are also available on the Reno6 Pro 5G display.

The Bokeh Flare Portrait Video.- which gives the smartphone video a cinematic bokeh effect, essentially transforms background lights into spheres to make the subject in the frame stand out. Another interesting feature, the AI highlight video, creates more transparent, brighter, and vividly coloured portrait films, whether filming at night or with intense lighting during the day.

Staying true to its tagline, ‘capture every emotion in portrait’, the smartphone’s focus tracking function automatically locks and tracks focus on faces, people, emotions, and pets.

“We have honed in on our customers’ wants and needs, especially with the Reno6’s AI Portrait Video capabilities, aimed to provide OPPO users with a superior portrait video experience,”

Smartphone gaming has witnessed accelerated growth in the Middle East in the last few years. According to a report by Newzoo, mobile gaming in the region is projected to grow to $4.4bn by 2022. Given the region’s young demographic, smartphone manufacturers are keeping up with the new generation’s demands by introducing mobile gaming. The OPPO Reno6 Pro 5G delivers realistic pro-gaming sound. All status bars, gestures, buttons, floating windows, and alerts are disabled when gamer mode is enabled, ensuring total immersion in the virtual environment.

A co-created functionality for PUBG mobile game situations has also been added in the Reno6 Series. Users can momentarily exit the game, respond to messages, or use other applications while still keeping an eye on the countdown progress of the plane’s launch via a little floating. Once ready to return to the action, or the parachute leaping is about to begin, a click on the quick return bubble and the player would be back on the gaming ground in no time.

OPPO has gained significant traction in the Middle East and Africa market since its launch five years ago, with the Reno Series achieving great success.

“We were overwhelmed by the initial response to the Reno6 Series in the GCC, which has surpassed Reno5 pre-orders by an incredible 300 per cent since its launch was first announced on September 7, 2021,”

“Our brand philosophy resonates with consumers, and this motivates us to continue to serve our customers with all our heart,”

OPPO is also investing heavily in regional partnerships with exciting plans lined up for the remainder of 2021 and 2022, including the ICC Men’s T20 World Cup taking place in the UAE and Oman with OPPO as the global partner.

“Additionally, we are hosting a gaming tournament in collaboration with PUBG mobile later this year following a long-standing partnership with the gaming platform,”

OPPO has some amazing collaborations, exciting launches, and unique campaigns in the pipeline. However, the brand has chosen not to reveal details so as to keep customers on their toes.. OPPO is committed to delivering unforgettable experiences that inspire users to fully express themselves. 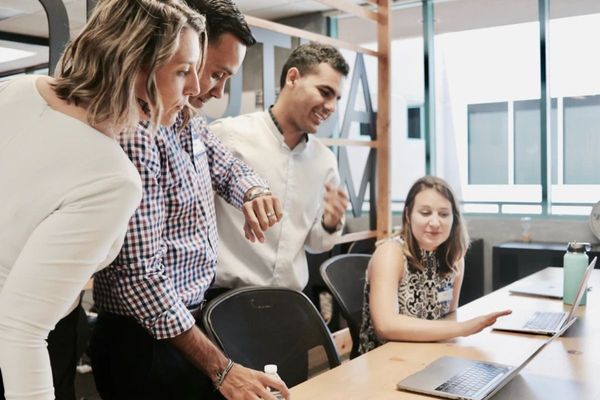 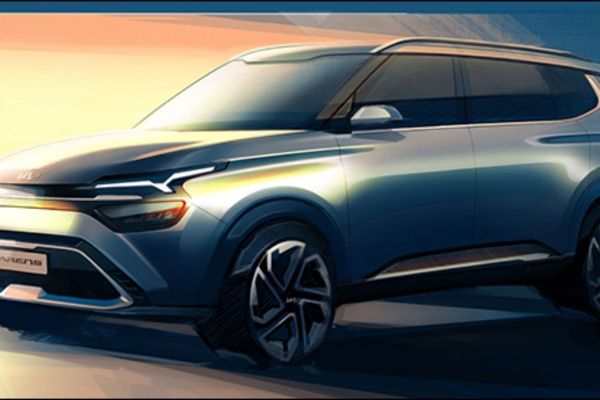