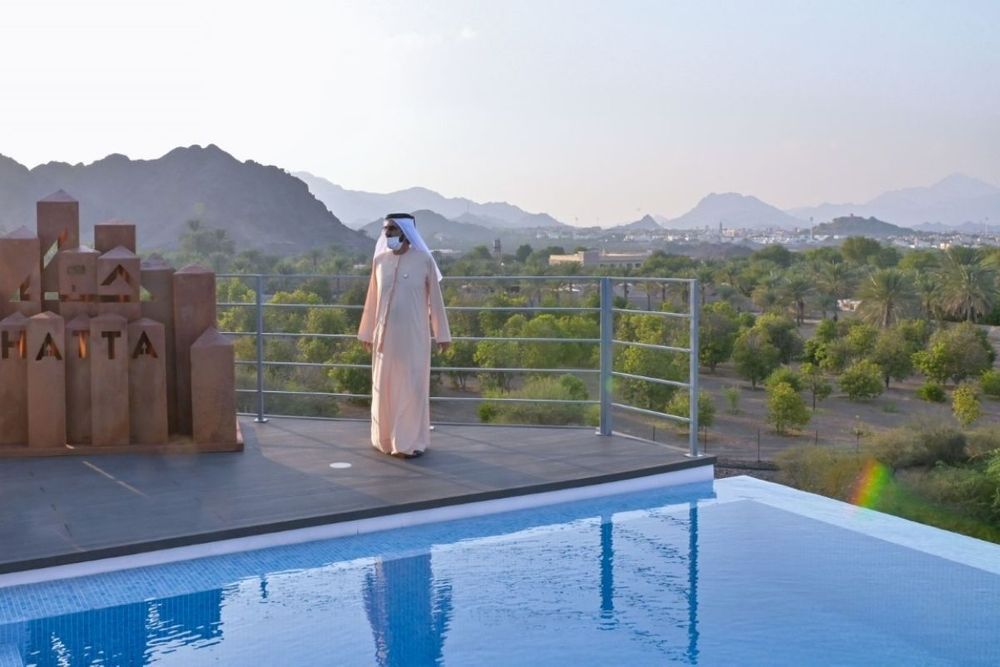 His Highness Sheikh Mohammed bin Rashid Al Maktoum, Vice President, Prime Minister and Ruler of Dubai, has approved the Hatta Master Development Plan, which forms an integral part of the Dubai 2040 Urban Master Plan launched earlier this year to create a roadmap for enhancing infrastructure and implementing a series of development projects and initiatives across the emirate over the next 20 years. The Plan also aims to transform Hatta into an attractive local and international destination for business, investment and tourism.

Furthermore, it seeks to expand green and recreational areas to enhance the wellbeing of residents and contribute to realising the vision of His Highness to transform Dubai into the world’s best city to live in.

His Highness Sheikh Mohammed bin Rashid Al Maktoum said, "We are steadfast in our resolve to further transform our growth and future prospects with our new development drive. With determination, nothing is impossible. The emirate is committed to using its resources to enhance the prosperity of our nation and its citizens. Development projects in Hatta are progressing rapidly as part of a plan to enhance economic and social growth, strengthen environmental sustainability, and raise the living standards and wellbeing of the people of the area.

"Today, we announce the launch of the Hatta Master Development Plan with an ambitious portfolio of development projects that will serve the needs of Hatta and its residents. The initiatives cover four key strategic pillars: Wellbeing, Tourism, Sports & Activities, and Sustainability. They will be implemented as part of a five-year development plan in the initial stage. We have approved the formation of a Supreme Committee to oversee the development of Hatta as well as the implementation and governance of projects and initiatives, the launch of economic and tourism development programmes and support for projects initiated by the youth. It will also launch the Hatta Beach Project and create new investment opportunities for Hatta’s private sector," said His Highness.

His Highness was received on his arrival by Mattar Mohammed Al Tayer, Director-General, Chairman of the Board of Executive Directors of the Roads and Transport Authority, Commissioner-General for Infrastructure, Urban Planning and Well-Being Track, and Chairman of the Supreme Committee for Urban Planning. During the visit, His Highness reviewed a host of Hatta development projects and initiatives and met with a group of Hatta-based young business leaders.

"Teams will soon embark on a cohort of projects and initiatives, and our partners in the private sector will play a key role in driving investments that generate promising employment prospects in Hatta. Our goal is to make citizens happier, support the youth and benefit from their capabilities and innovative ideas for Hatta’s development, as well as unlock the true social and economic potential of the area. Our ultimate objective is to make Hatta a distinctive tourist destination, especially in the fields of recreational, health and environmental tourism," said His Highness.

His Highness expressed his confidence in the youth’s ability to support Hatta’s development drive and called on them to come up with groundbreaking creative projects that can enhance the area’s growth.

The Supreme Committee formed to oversee the development of Hatta will roll out initiatives and projects in partnership with the private sector. Within the larger framework of enhancing sustainable development, the Committee will develop plans to conserve Hatta’s environment, its mountainous ecosystem and its cultural heritage. Members of the Committee will include representatives from government entities and developers.

The Hatta Master Development Plan, which maps out the development of the area over the next two decades, aims to promote wellbeing, generate investment opportunities for its people, support domestic tourism, attract investments, and boost public-private partnerships (PPP). The key objectives of the Plan include conserving the heritage and natural environment of the area, encouraging mountain tourism and sport, and transforming Hatta into a year-round tourist destination in line with the World's Coolest Winter campaign.

The Plan also seeks to improve public facilities and services for Hatta’s inhabitants and visitors and develop a sustainable transportation system that includes a direct bus service from Dubai to Hatta that allows passengers to carry bicycles and scooters in a compartment on board. The transportation plan also envisages the provision of ride-sharing service in cooperation with the private sector and deploying tourist coaches for accessing heritage sites such as Wadi Hub, Hatta Dam, Heritage Village and Al-Tal Park. It also includes the provision of an on-demand bus service for exploring Hatta using a smart app and a smart car rental service which enables cars to be hired on an hourly basis.

Furthermore, the Master Development Plan includes a five-year plan (2022-2026) to construct tracks for bicycles and scooters in a 120 km network connecting key attractions and residential areas. It also includes the construction of the longest mountain bike track in the UAE featuring world-class specifications that will host international competitions and events. The track will have rest-stops and integrated service facilities along its route.

The Plan also focuses on supporting young entrepreneurs who own small and medium businesses, by empowering and enabling them to implement projects and creative ideas to advance sustainable economic development in the area.

During his meeting with Hatta youth, His Highness was briefed on local initiatives and projects initiated by the youth, such as in the hospitality sector. The area features a number of motels managed by local residents, which are popular among tourists seeking to enjoy the area’s natural mountain landscapes.

The Hatta Beach Project aims to transform the area into a year-round tourist destination. The Project will create investment spaces and facilities, services, and activities for tourists in waterfront areas that will contribute to increasing tourist flows into Hatta.

The Hatta Master Development Plan encompasses the development of sustainable hotels that provide multiple services to community members and support tourism and sports activities. A mountainside health resort will be built to provide tourists opportunities to practice sports and activities that are suitable to Hatta’s terrain. The Plan also includes the development of a tourist funicular system, the first of its kind in the region, to facilitate the movement of visitors to the dam site. A staircase featuring a unique modern architectural design will be constructed to enhance access to the dam with several rest-stops along the way. These initiatives have the potential to enhance Hatta's tourism profile and competitiveness. The project is expected to attract one million riders annually.

The Dubai 2040 Urban Master Plan focuses on preserving Hatta’s natural environment, boosting its tourism competitiveness, and developing the area through partnerships with the private sector. The Plan also seeks to support domestic projects initiated by Hatta residents and create opportunities to support locals in a way that stimulates tourism and encourages entrepreneurial activity while also preserving the unique identity of the area. Furthermore, the Plan addresses the housing needs of Emiratis over the next 20 years and aims to develop integrated investment projects that serve the current and future aspirations of Emiratis. 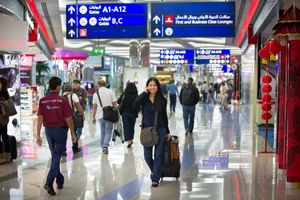 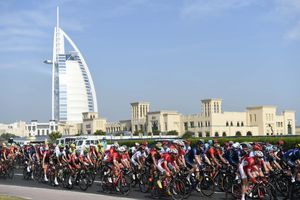 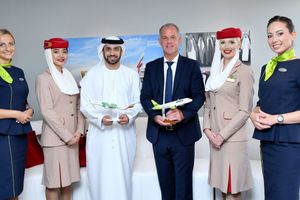 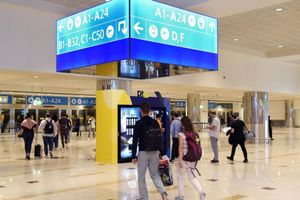 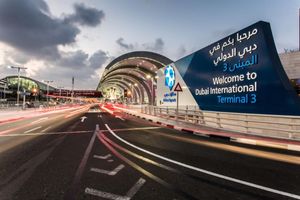 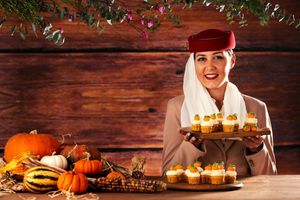 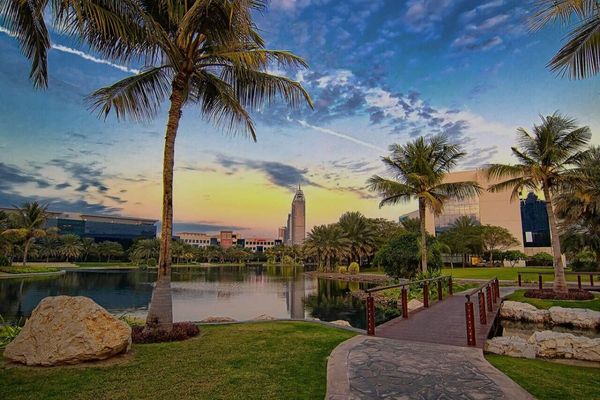 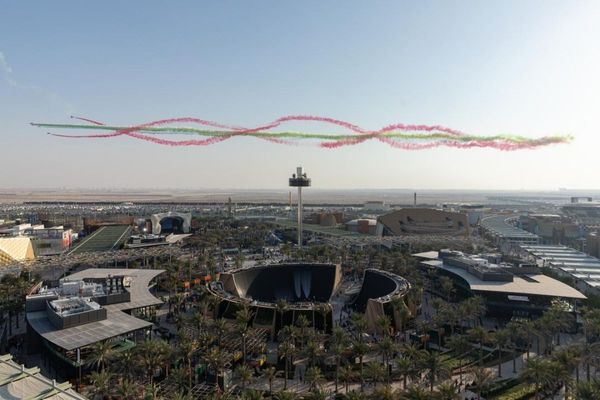