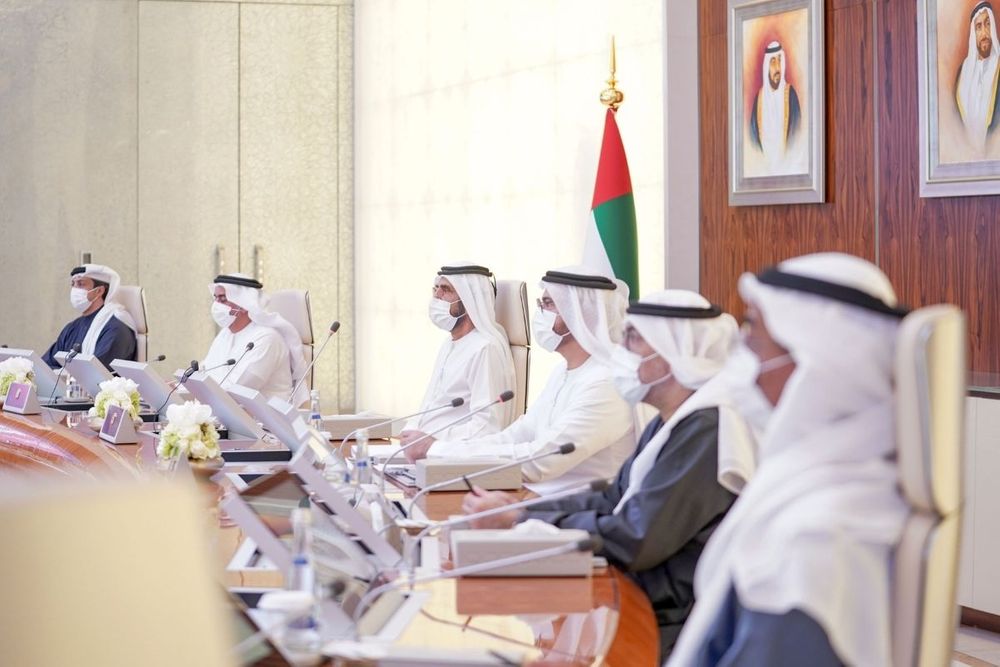 Vice President and Prime Minister of the UAE and Ruler of Dubai His Highness Sheikh Mohammed bin Rashid Al Maktoum stressed that 2020 was an exceptional year that calls for celebrating national achievements at all levels thanks to relentless government work. The resilient one-team approach by government entities tackled the Covid-19 pandemic admirably, and the UAE is optimistic and ready for the new year.

"The UAE is beginning a new decade while continuing its journey of prosperity and leadership, as well as looking forward to accomplishing greater achievements and reinforcing its economic, education, community and health sectors. Nothing will deter us from leading the race to the future," His Highness Sheikh Mohammed bin Rashid said.

During the meeting, the cabinet approved several decisions and initiatives, under the framework of federal government modernisation.

Approval of the general framework of the UAE Media Strategy

During the meeting, the Cabinet presented the general framework of the "UAE Media Strategy," overseen by the UAE Government Media Office and comprising key orientations and initiatives aimed at strengthening the country’s position and reputation both regionally and globally, most notably in light of the recent media attention on the country, coinciding with its efforts to address the COVID-19 pandemic, the launch of the Hope Probe, the operation of the Barakah Peaceful Nuclear Power Plant, and the singing of the peace accord between the UAE and Israel.

"We have approved the general framework of the UAE Media Strategy for the upcoming period. The year, 2020, was a pivotal one, as the country received significant global attention, which required a different approach," His Highness Sheikh Mohammed further said. "The UAE is ranked 18th in soft power indexes and 11th in terms of influence and is among the most active countries in the global scene. We will handle the international media with confidence, boldness, credibility and transparency, and we need to have a clear approach to address the new media, which has become influential," he added.

The strategy will intensify the role of government communication within the federal authorities, reinforce the concept of partnership, cooperation and integration between national media authorities, establish partnerships with global media entities, and manage the country’s reputation and its achievements within local and international media coverage, as well as create a digital media environment capable of keeping pace with rapid changes and interacting with the world.

The strategy will also focus on several national priority topics while relying on the efficient and influential presence of the government in all media outlets, promoting national culture and identity through all communication channels, and utilising modern technologies and digital media to interact with the public.

The Cabinet approved the "Federal Government Public Debt Strategy 2021-2023," in line with the current approach of the government to improve its financial planning, achieve financial sustainability and create a competitive economy based on knowledge and innovation.

The strategy is a general framework for motivating the national financial and banking sectors, through consolidating the UAE Investment Authority’s portfolio, establishing a bond market in the local currency and providing financing alternatives.

"We have approved the Federal Government Public Debt Strategy. Our goal is to establish a bond market in the local currency, provide financing alternatives for the federal government’s development projects, and strengthen the country’s financial and banking sectors," H.H. Sheikh Mohammed stressed.

The strategy also aims to develop and support an efficient financial market, finance the government’s infrastructure and development projects approved by the cabinet, diversify national financial markets, support the implementation of the fiscal policy of the Central Bank, and cover financial guarantees issued by the government.

The Cabinet approved a resolution to allow foreign university students to invite their family members to come to the UAE, as long as they can afford suitable housing. The resolution aims to achieve moral stability, which will support the country’s education sector and reinforce its position as a leading global destination for work and study.

"We have approved some amendments to our national residence and citizenship procedures by allowing foreign students to sponsor their families, providing they can afford it. We approved changes in the residency and nationality procedures in the country by enabling foreign students to bring their families whenever they have the financial means.The UAE has become a regional educational destination with more than 77 universities and tens of thousands of students annually."

Formation of the Emirates Tourism Council

The formation of the "Emirates Tourism Council," was approved by the Cabinet. It would be chaired by Dr. Ahmad Belhoul Al Falasi, Minister of State for Entrepreneurship and SMEs, to strengthen the tourism portfolio, drafting a tourism strategy in line with the nation’s aspirations and the UAE Centennial, and integrating all relevant local authorities and departments.

The council will be responsible for suggesting and revising policies and legislation that will support the tourism sector and national tourism development plans, as well as supporting the growth of tourism industries, attracting tourism investments, suggesting economic incentives to encourage the growth of the sector, establishing a comprehensive national tourism information database, and supporting small and medium-sized enterprises (SME) involved in the tourism sector.

"Today, we approved the establishment of the Emirates Tourism Council, to coordinate, market and support national tourism plans. The campaign, titled, "World’s Coolest Winter," highlighted the importance of working as one national tourism team and we aim to enable our youth to benefit from tourism opportunities around the country," Sheikh Mohammed said.

The meeting’s agenda also included the approval of the "UAE Circular Economy Policy," which is a comprehensive framework for determining the country’s approach to achieving sustainable governance and the ideal use of natural resources, by adopting consumption and production methods that ensure the quality of life for current and future generations.

"We have adopted the Circular Economy Policy. Our objectives are clean production, sustainable transport and consumption and efficient waste management, to protect the environment and generate new economic opportunities. We have also established a federal circular economy council to implement this strategy," Sheikh Mohammed stated.

The policy is a framework for identifying the priorities in terms of consolidating the concept of the circular economy within several priority sectors, most notably green infrastructure, sustainable transport, sustainable manufacturing, sustainable food production and consumption, in addition to other areas, such as technology, innovation and research and development while raising awareness, building capacities, establishing partnerships and cooperation platforms, and achieving comprehensive waste management.

Under the same framework, the cabinet approved the establishment of the UAE Circular Economy Council, chaired by Dr. Abdullah Belhaif Al Nuaimi, Minister of Climate Change and Environment , with its members representing federal and local authorities and the private sector. The Ministry of Climate Change and the Environment will be responsible for the council’s secretariat-general duties.

The council aims to oversee the drafting of a mechanism to implement the strategy, in coordination with relevant authorities, as well as approve performance indicators related to the strategy’s adoption, harmonise federal and local strategies within the policy’s requirements, suggest the general foundations of sectoral plans and project, encourage the participation of the private sector in projects and initiatives related to the circular economy, promote partnership between the public and private sectors, and advance scientific research in related areas.

At the end of the meeting, Sheikh Mohammed affirmed,

"At the end of the first UAE Cabinet meeting in 2021, during our 50th year, we stressed that we will continue our efforts and the journey of recovery shall not stop. Health protection will remain our priority, and our community will overcome this year enthusiastically towards the future."

Renewal of the formation of several boards of directors

The new resolutions announced during the meeting include the approval of a mandatory Emirati standard for self-extinguishing systems for bus engine room fires.

The cabinet approved the budgets of the General Pension and Social Security Authority (GPSSA) and the Federal Tax Authority (FTA) for the 2021 fiscal year. Globally, it approved the establishment of an embassy in Tel Aviv, Israel, in addition to eight legal and penal affairs agreements with South Africa, Brazil, Turkmenistan, Australia and Kazakhstan. 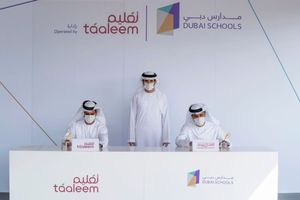 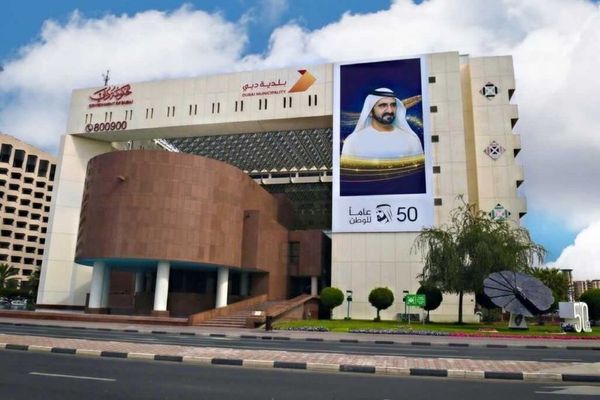 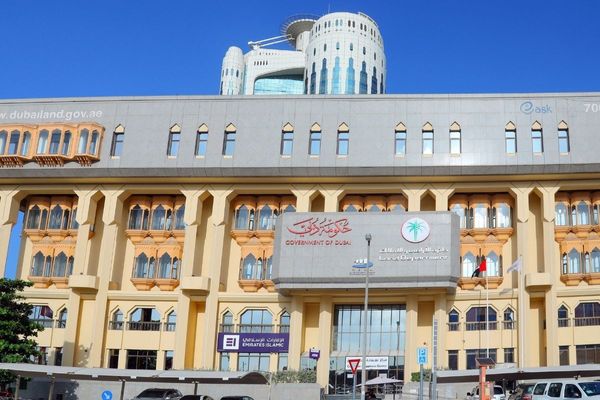