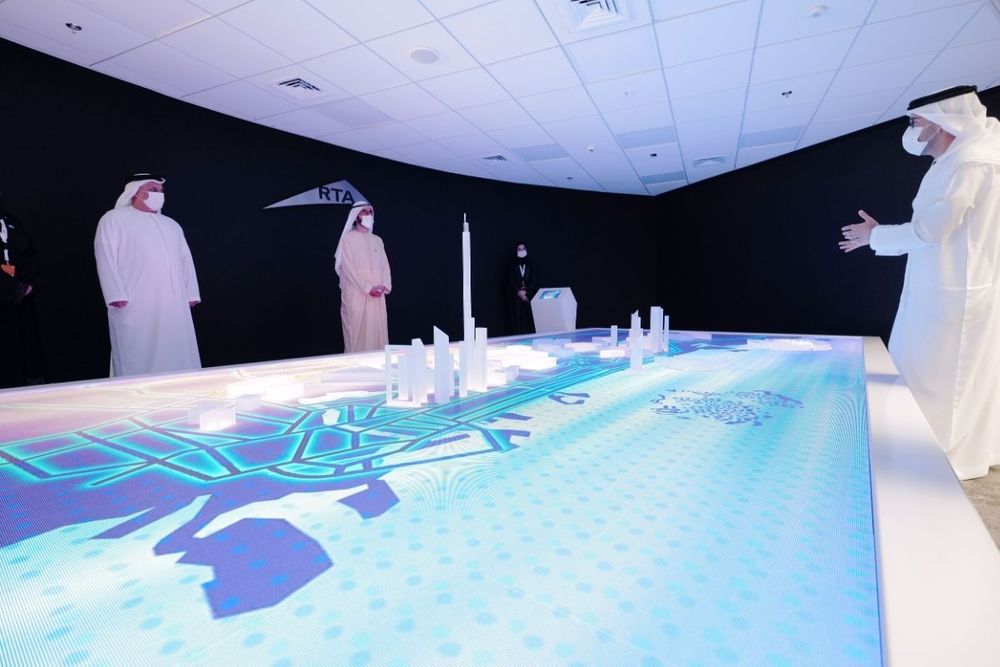 His Highness Sheikh Mohammed bin Rashid Al Maktoum, Vice President and Prime Minister of the UAE and Ruler of Dubai, inaugurated the Dubai Intelligent Traffic Systems Centre constructed by the Roads and Transport Authority (RTA). The facility is considered one of the biggest and most sophisticated traffic control centres worldwide in terms of smart technology use and the management of traffic systems.

Developed to meet the needs of Dubai’s rapid urban growth and the infrastructure expansion required for Expo 2020, as well as support current and future transport systems, the Centre was built at a cost of AED590 million.

His Highness was received at the Dubai Intelligent Traffic Systems Centre by His Excellency Mattar Mohammed Al Tayer, Director-General and Chairman of the Board of Executive Directors of RTA, and several officials of the Authority.

HH Sheikh Mohammed unveiled a memorial to mark the official opening of the Centre. Later, he watched a film on the improvement and expansion of intelligent traffic systems aimed at supporting the government’s drive to transform Dubai into the smartest city in the world. The Centre, which employs smart technologies and software to ease mobility across Dubai, expands the coverage of intelligent traffic systems from 11% to 60% of the roads network in the emirate. The new facility will improve the time for detection of road incidents and prediction of congestions, apart from facilitating a speedy response to them.

A hub for managing traffic movement across the emirate, the Dubai Intelligent Traffic Systems Centre is a state-of-the-art technology platform that uses artificial intelligence, big data, internet of things and technologies of advanced communication systems. It connects with numerous devices for monitoring traffic, capturing data and running other smart services. Through intelligent traffic systems, the Centre has the ability to monitor and manage current and future roads network all over Dubai.

The Centre’s sophisticated hi-tech systems connect Dubai’s traffic control system with field devices (iTraffic), providing an integrated technology platform for collecting and analysing big data, besides supporting instant decisions for the management of traffic movement and mega-events such as Expo 2020.

His Highness attended a briefing by Al Tayer about the expansion and improvement of the intelligent traffic systems project, one of the deliverables of the Route 2020 Lab. The Centre is fitted with advanced traffic control systems (iTraffic) enhanced with artificial intelligence as well as big data analysis and decision-making support tools. It also facilitates the management of traffic movement and links the Dubai neighbourhood apart from integrating with the Enterprise Command and Control Centre. A total of 60 Emiratis have been qualified and deployed to manage and operate the system after completing specialist training courses in all systems, processes and technologies as well as maintenance and system support procedures.

The RTA Director General outlined the highlights of five key projects that include the revamping and installation of 112 dynamic message signs to display instant information to motorists about situations in road networks such as congestion and traffic incidents. The signs also transmit important messages and guidance relating to traffic safety to enhance the efficiency of traffic movement. They are placed at selected areas of the network and in the vicinity of places where big events, such as Expo 2020, are held.

Systems installed included 116 traffic monitoring cameras that raised the total number of such cameras to 245. In addition, 100 incident-monitoring and vehicle tracking devices were installed, increasing the total number of these devices to 235. The project works also included the installation of 115 devices for computing travel time and average speed, and 17 road weather information systems. Power lines and fibre optic communication network extending 660 km were added to link site devices with central systems. This brings the total length of the fibre optic network to 820 km. The project also included upgrading the software of the advanced central traffic system to support decision-making and generate automated response plans. The central system integrates with the field devices, analyses incoming information and activates appropriate plans.

His Highness toured the facilities of the Dubai Intelligent Traffic Systems Centre, which boasts world-class design and equipment such as mega screens, and user-friendly control systems for operators and engineers of the intelligent traffic systems. The facility also includes a specialist centre for managing and monitoring traffic movement processes equipped with giant display monitors as well as specialist rooms for technology devices and emergency traffic movements. It also has offices for the engineering teams concerned with the management, improvement and support of systems.

His Highness was briefed on the unique technologies used in the Centre such as artificial intelligence, internet of things, big data, information analysis, decision-making support tools, and a sophisticated asset management system. The centre is also fitted with technologies for predicting traffic congestion and traffic control systems at intersections. The briefing also included the integration and linking of RTA’s traffic surveillance cameras and Dubai Police traffic cameras, which will improve the effectiveness of traffic management in Dubai, specifically during large events or emergencies. His Highness and other attendees witnessed a live demonstration of a traffic incident management process to assess the speed of arrival of patrols at site, incident handling and vehicle clearance to restore normal traffic flow.

His Highness reviewed the results of the trial operation of the RTA-Dubai Police joint traffic incident management project, which was implemented in September 2018. The project was trialled on the Sheikh Mohammed bin Zayed Road and Expo Road over a sector extending 72 km. It featured the rapid deployment of 11 clearance vehicles and six vehicles to speedily manage traffic movement and vehicle clearance following light or medium traffic incidents or vehicle breakdowns on roads. The project contributes to improving traffic safety and vehicular flow and reducing the overall time required to manage and safeguard incident sites.

In his briefing, Al Tayer stated that the project contributed to reducing traffic fatalities by 42%, increasing the traffic flow on the Sheikh Mohammed bin Zayed Road by 5.5%, and achieving a public satisfaction rating of 99%. He also noted that over eight months, the project handled 12,906 traffic cases including 5,071 traffic incidents at a rate of 633 incidents per month. The project also achieved high scores on performance indicators for incident response time and incident clearance rate.

The projects also included transforming Al Houdh Roundabout on Sheikh Mohammed bin Zayed Road into a flyover enabling free traffic movement in all directions. The project works included improvements of roads extending 26.6 km, which will enhance the capacity of the junction to 57,000 vehicles per hour. Improvements conducted for the 7th interchange on Sheikh Zayed Road, Al Yalayes Road as well as the extension of First Al Khail and Al Asayel Roads saw the construction of roads and bridges extending 18.5 km that facilitate an increase in intake to 29,000 vehicles per hour. Works also included upgrading JAFZA bridge on Sheikh Zayed Road through the construction of flyovers extending 2.5 km with a capacity of 6,000 vehicles per hour.

The project, featuring improvement of the roads network in the areas surrounding the Expo site over a sector spanning 71 km, involved the construction of bridges extending 13.4 km and tunnels stretching 450 metres. The overall capacity of the flyover has increased from 10,000 to 69,000 vehicles per hour.

The improvement of the roads network leading to the Expo site included upgrading several intersections such as Sheikh Mohammed bin Zayed-Expo Roads along with entry points to the site of Expo from Sheikh Mohammed bin Zayed Road. Works covered the intersections of Expo and Sheikh Zayed bin Hamdan Al Nahyan Roads; the Sheikh Zayed bin Hamdan Al Nahyan Road at DIP with Al Yalayes and Expo Roads, and the Emirates and Expo Roads, apart from the construction of new roads and improvement of existing ones.

Al Tayer stressed that RTA will continue to pursue the application of future technologies such as blockchain, paperless transactions, big data, artificial intelligence, self-driving transport, and the internet of things. The briefing also touched on key future projects set to enhance the role of the Emirate in the transportation industry such as the ‘Smarter Vehicle … Quicker Response’ project, preparation of the infrastructure of autonomous and connected vehicles, and future smart mobility projects up to 2071.

His Excellency Mattar Al Tayer concluded by pointing out that the projects accomplished by RTA contributed to the UAE’s No. 1 global ranking in the satisfaction index for roads and highways in 2020, and its first position regionally and eighth globally in the Self-Driving Transport Readiness Index 2020. They also contributed to reducing the traffic congestions index in Dubai to 1.21 in 2019, placing it ahead of cities like Paris, London and Singapore. Meanwhile, road fatalities in the Emirate plummeted to 2.3 cases per 100,000 of the population in 2019, which ranked Dubai amongst the world’s best cities in traffic safety. 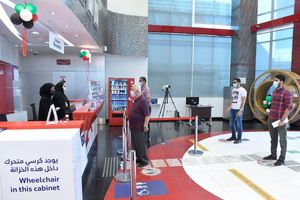 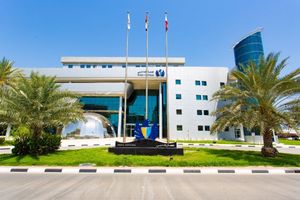 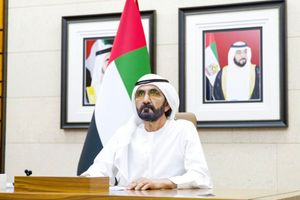 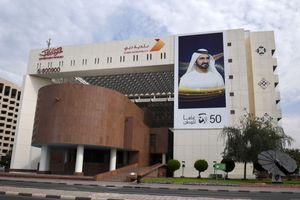 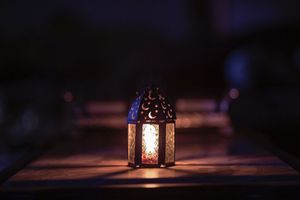 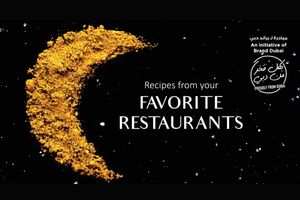 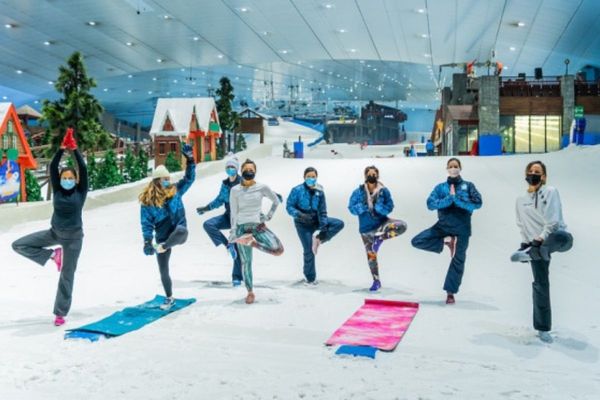 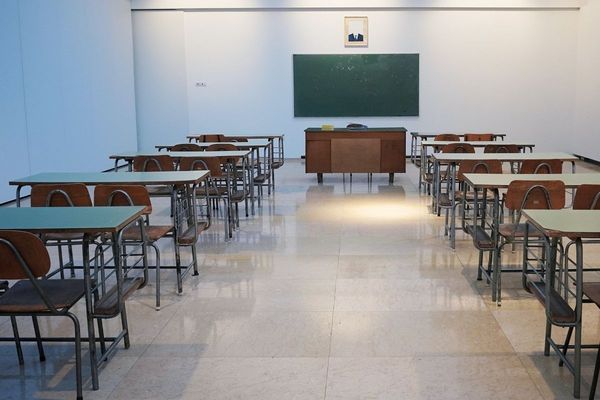