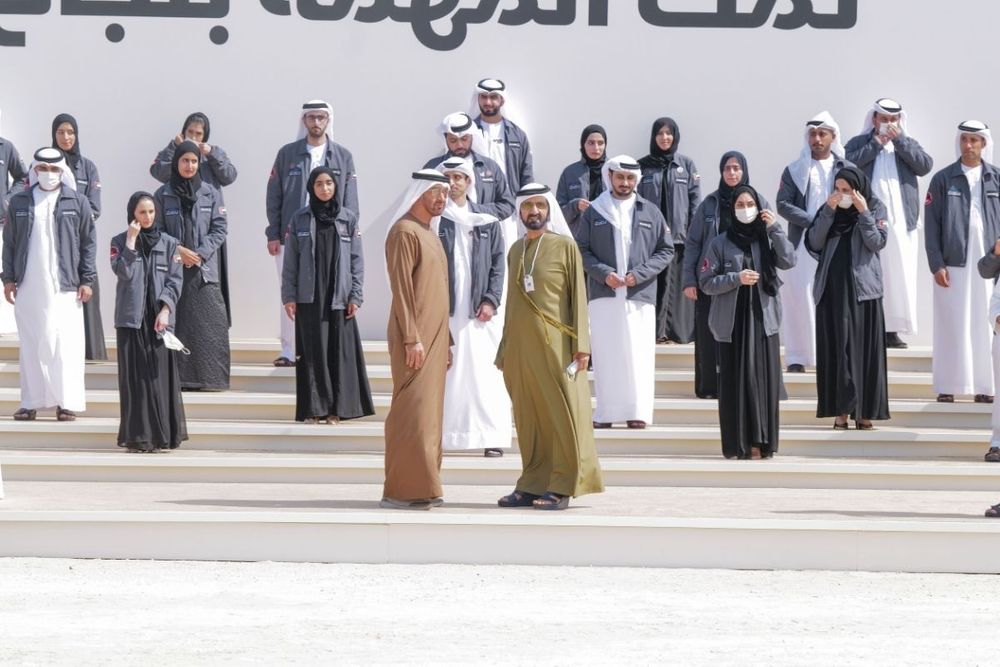 The reception was held in recognition of the team’s relentless efforts over the past six years to successfully build and launch the Hope Probe that made history with its entry to the Red Planet’s orbit on February 9th, 2021, as the first-ever Arab interplanetary mission. The widely-celebrated probe, which will provide the first complete picture of the Martian atmosphere, placed the UAE as the first Arab nation, and the fifth nation in the world, to reach Mars.

The two-day ministerial retreat, chaired by Sheikh Mohammed bin Rashid Al Maktoum and Sheikh Mohamed bin Zayed Al Nahyan, started on Tuesday to lay out a comprehensive development vision of the country for the next 50 years and harness the efforts, resources and capacities of all sectors to design new action models and plans to make the UAE among the best nations in the world. A strategic framework will be drafted, as part of the retreat, to lead the vital sectors of the UAE and determine the national priorities of the next 50 years.

The Milestone Sheikh Mohammed bin Rashid Al Maktoum hailed the Hope Probe team for successfully leading the country’s most significant project that represents the Arab region. The historic achievement marks the UAE’s 50th anniversary as a milestone and paves the way for the next 50 years.

"Celebrating the Hope Probe team as part of the ministerial retreat is a message that our projects over the next 50 years will be as ambitious as the Emirates Mars Mission." He added, "The Hope Probe is the best gift to dedicate to the people of the UAE on the 50th anniversary of our country."

"the journey that 200 engineers took to design, build and launch the Hope Probe to Mars is part of the UAE’s journey towards the future."

"Millions of Arabs felt a sense of belonging and pride as they watched an Arab spacecraft, carrying the name of Hope, reach the farthest point they have ever been in the universe.

Today, our scientists and experts are the real champions who will drive the journey of our country towards further achievements, excellence and success.

Our people are known for their humility and persistence. Their feet are on the ground, but their ambitions reach the sky."

"The Hope Probe team is the wealth of our nation. They have worked tirelessly, and today, our country is reaping what they sow." He added, "Our young people made us proud, raised our country’s flag to deep space and engraved the name of our nation in history."

"Our goal was not only to reach Mars, but to empower our people with knowledge and confidence and nurture capabilities to lead the country to the top." He noted, "The success of the Hope Probe team raised the ambitions of the next generation. With the willpower and determination of our people, the UAE will continue to make bigger achievements.

We start the journey of the next 50 years strong, with massive projects underway and a mission to prepare national expertise to lead the future.

The UAE of the future will lead the region’s scientific and knowledge development. Our institutions are open for youth across the Arab world to be part of this journey."

Addressing the team, he said,

"Our meeting today carries a special meaning as it comes after you have achieved the hope that everyone was waiting for. You have made your country, your family, your region and the entire Arab world very proud.

What your children and grandchildren will learn at school today will be different than what we have learned in the past. By achieving the dream that many countries have long aspired for, you have created a new history for your country and your children and drafted beautiful stories we will narrate for the next generation."

The Journey of the Hope Probe The UAE made history on Feb. 9, 2021, with the successful arrival of the Hope Probe to Mars’ orbit to start its scientific mission to provide the first-ever complete picture of the Martian atmosphere.

Millions across the world witnessed the historical event, held at Burj Park, that marked the final exciting moments before the Hope Probe enters the Red Planet’s orbit. Major landmarks in the country and across the region turned red in celebration of the historic achievement.

A dazzling show on the façade of Burj Khalifa reviewed the journey of the probe that started as an idea during a 2013 cabinet retreat in Sir Baniyas Island to discuss ways to celebrate the country’s 50th anniversary. The space project was then adopted to capture the 50-year journey of the UAE.

In six years, young experts and scientists designed and manufactured the probe, in partnership with international universities and science institutions, in half the duration and cost of conventional Mars missions.

The critical moments of the mission, the Mars Orbit Insertion (MOI), had started at 7:30pm on Tuesday, Feb. 9, 2021, UAE time, when the probe reversed and fired its six Delta V thrusters to rapidly reduce its speed from 121,000 km/h to 18,000 km/h. The deceleration, which burned half of the probe’s fuel, took 27 minutes until 7:57pm as the probe safely entered the capture orbit. At 8:08pm, the ground control station in Al Khawaneej received the first transmission of the Hope Probe from Mars’ orbit, signalling the success of the mission that placed the UAE as the first Arab nation, and the fifth worldwide, to reach Mars.

The probe’s entry to Mars’ orbit marks the end of four of the six stages of the seven-month space journey that spanned 493 million kilometres since its launch in July 20, 2020: launch, early operations, cruise and MOI. The probe is currently in the transition to science phase before it moves to the science phase and begins its mission to capture the first full picture of the Martian atmosphere. The probe, however, will capture its first picture of Mars in the first week of its arrival.

In the next few weeks, the team will be in daily contact with the probe from the ground control station at the Mohammed bin Rashid Space Centre in Al Khawaneej.

After a period of testing and validation, a series of maneuvers will be performed to get the Hope Probe in the correct position to move into the Science Orbit.

The next stage in the Hope Probe’s journey is the transition from the Capture Orbit to an acceptable Science Orbit in preparation for its primary science operations. The rebooting of the probe’s systems can last for 45 days, while the radio signals will take from 11-22 minutes to travel from Hope to earth and back.

The last phase of the probe’s journey is set to begin in April 2020. The probe will officially enter the Science phase to complete the first-ever planet-wide, 24x7 picture of Mars’ atmospheric dynamics and weather daily, throughout all seasons for one full Martian year (687 earth days) until April 2023.

The probe, however, can be used for another two years for additional data collection.

The three science instruments installed on the probe will enable the collection of 1,000GB new Mars data, which will be shared for free with over 200 research centers. 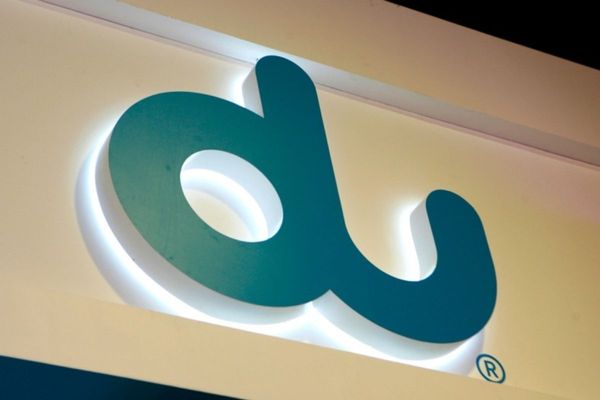 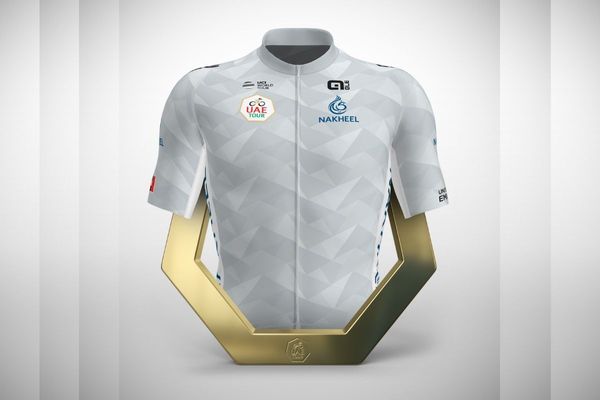