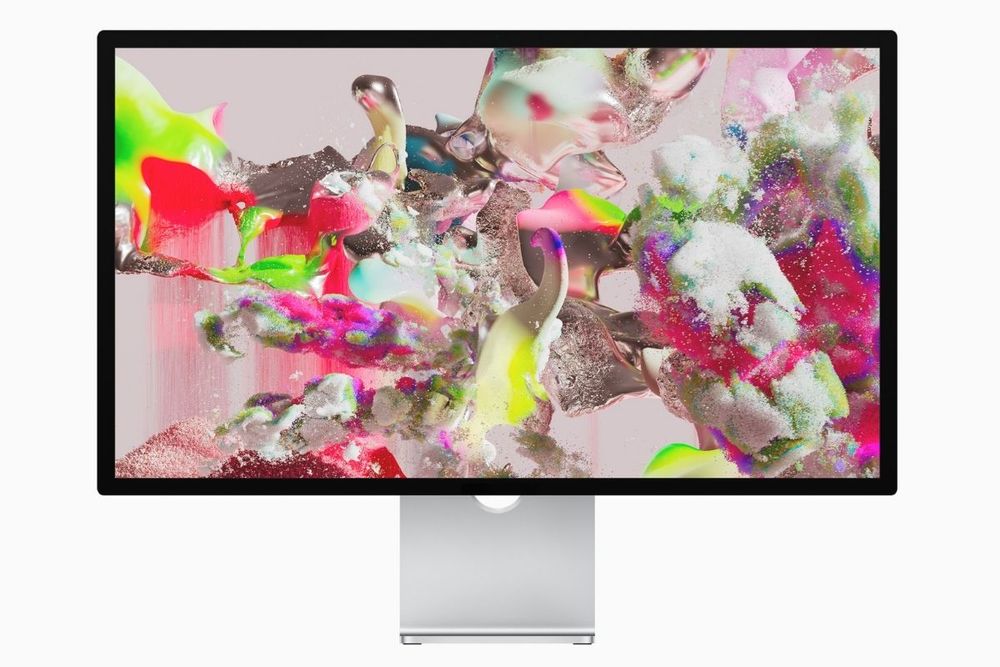 Apple introduced Mac Studio and Studio Display, an entirely new Mac desktop and display designed to give users everything they need to build the studio of their dreams. A breakthrough in personal computing, Mac Studio is powered by M1 Max and the new M1 Ultra, the world’s most powerful chip for a personal computer.

It is the first computer to deliver an unprecedented level of performance, an extensive array of connectivity, and completely new capabilities in an unbelievably compact design that sits within arm’s reach on the desk. With Mac Studio, users can do things that are not possible on any other desktop, such as rendering massive 3D environments and playing back 18 streams of ProRes video. Studio Display, the perfect complement to Mac Studio, also pairs beautifully with any Mac. It features an expansive 27-inch 5K Retina display, a 12MP Ultra Wide camera with Center Stage, and a high-fidelity six-speaker sound system with spatial audio.

Together, Mac Studio and Studio Display transform any workspace into a creative powerhouse. They join Apple’s strongest, most powerful Mac lineup ever, and are available to order today, arriving to customers beginning Friday, March 18.

“We couldn’t be more excited to introduce an entirely new Mac desktop and display with Mac Studio and Studio Display,”

“Mac Studio ushers in a new era for the desktop with unbelievable performance powered by M1 Max and M1 Ultra, an array of connectivity, and a compact design that puts everything users need within easy reach. And Studio Display — with its stunning 5K Retina screen, along with the best combination of camera and audio ever in a desktop display — is in a class of its own.”

Mac Studio delivers even more capability to users who are looking to push the limits of their creativity — with breakthrough performance, a wide range of connectivity for peripherals, and a modular system to create the perfect setup.

With the power and efficiency of Apple silicon, Mac Studio completely reimagines what a high-performance desktop looks like. Every element inside Mac Studio was designed to optimize the performance of M1 Max and M1 Ultra, producing an unprecedented amount of power and capability in a form factor that can live right on a desk. Built from a single aluminum extrusion with a square footprint of just 7.7 inches and a height of only 3.7 inches, Mac Studio takes up very little space and fits perfectly under most displays.

Mac Studio also features an innovative thermal design that enables an extraordinary amount of performance. The unique system of double-sided blowers, precisely placed airflow channels, and over 4,000 perforations on the back and bottom of the enclosure guide air through the internal components and help cool the high-performance chips. And because of the efficiency of Apple silicon, Mac Studio remains incredibly quiet, even under the heaviest workloads.

Powered by either M1 Max or M1 Ultra, Mac Studio delivers extraordinary CPU and GPU performance, more unified memory than any other Mac, and new capabilities that no other desktop can achieve. With M1 Max, users can take their creative workflows to new levels, and for those requiring even more computing power, M1 Ultra is the next giant leap for Apple silicon, delivering breathtaking performance to Mac Studio. M1 Ultra builds on M1 Max and features the all-new UltraFusion architecture that interconnects the die of two M1 Max chips, creating a system on a chip (SoC) with unprecedented levels of performance and capabilities, and consisting of 114 billion transistors, the most ever in a personal computer chip.

The compact design of Mac Studio puts an extensive array of essential connectivity within easy reach. On the back, Mac Studio includes four Thunderbolt 4 ports to connect displays and high-performance devices, a 10Gb Ethernet port, two USB-A ports, an HDMI port, and a pro audio jack for high-impedance headphones or external amplified speakers. Wi-Fi 6 and Bluetooth 5.0 are built in as well.
And because users frequently connect and disconnect devices, like portable storage, Mac Studio includes ports on the front for more convenient access. There are two USB-C ports, which on M1 Max supports 10Gb/s USB 3, and on M1 Ultra supports 40Gb/s Thunderbolt 4. There is also an SD card slot on the front to easily import photos and video. And Mac Studio provides extensive display support — up to four Pro Display XDRs, plus a 4K TV — driving nearly 90 million pixels.

The all-new Studio Display perfectly complements Mac Studio and also beautifully pairs with any Mac. In a class of its own, it features a gorgeous 27-inch 5K Retina screen, plus sensational camera and audio, delivering that integrated experience Mac users love.

Studio Display brings a stunning all-screen design with narrow borders and a refined, all-aluminum enclosure that houses an advanced set of features in a slim profile. Its built-in stand allows the user to tilt the display up to 30 degrees. To meet the needs of a variety of workspaces, Studio Display also offers a tilt- and height-adjustable stand option with a counterbalancing arm that makes the display feel weightless as it is adjusted. A VESA mount adapter option is also available, and supports landscape or portrait orientation for even more flexibility.

Featuring the A13 Bionic chip, Studio Display delivers amazing experiences with its highly advanced camera and audio system. The ultimate video conferencing display, it includes a 12MP Ultra Wide camera with Center Stage, a feature that automatically keeps users centered in the frame as they move around for even more engaging video calls.

Mac Studio and Studio Display will provide creative pros the flexibility to build the studio of their dreams and take their creativity to new levels.

Musicians and producers can work on the most complex compositions with hundreds of tracks, plug-ins, and virtual instruments, all played in real time.
3D artists can work with more extreme geometry, edit massive environments that were previously impossible to render, and run complex particle simulations in a fraction of the time.

App developers can build new versions of code with incredible speed, and run more automated integration and testing than ever.

Photographers can sort through thousands of images with speed and precision, composite massive images with hundreds of layers, and export final images for publish in a flash.

Videographers can edit multi-camera projects and more streams of 8K video than ever before, add more color corrections to projects while maintaining fluid playback, and encode video for final delivery faster than ever.

Mac Studio is powered by macOS Monterey, the latest version of the world’s most advanced desktop operating system. The combination of macOS Monterey with M1 Max or the powerful new M1 Ultra delivers breakthrough performance, security, and productivity for users. FaceTime includes audio and video features that make calls feel more natural and lifelike, and SharePlay enables Mac users to have shared experiences through FaceTime. Live Text and Visual Lookup are intelligence features that surface useful information, Safari includes powerful tab organization with Tab Groups, and Shortcuts bring the ease of automation to the Mac. Continuity tools like AirPlay to Mac enable Apple devices to work even better together, and with next week’s release of macOS Monterey 12.3 and iPadOS 15.4, Universal Control will make it easy for users to work effortlessly across Mac and iPad for unparalleled productivity

Mac Studio and Studio Display were designed to minimize their environmental impact. Mac Studio uses far less energy than competitors to deliver its extraordinary performance. For example, over the course of a year, Mac Studio will use up to 1,000 kilowatt-hours less energy than a high-end PC desktop.6 Both Mac Studio and Studio Display use 100 percent recycled rare earth elements in all magnets and recycled tin in the solder of the main logic board — as well as recycled aluminum and plastic in various components. Both products also meet Apple’s high standards for energy efficiency, are free of numerous harmful substances, and use wood fiber in the packaging that comes from recycled sources or responsibly managed forests.Today, Apple is carbon neutral for global corporate operations, and by 2030, plans to have net-zero climate impact across the entire business, which includes manufacturing supply chains and all product life cycles. This means that every Apple device sold, from component manufacturing, assembly, transport, customer use, charging, all the way through recycling and material recovery, will be 100 percent carbon neutral. 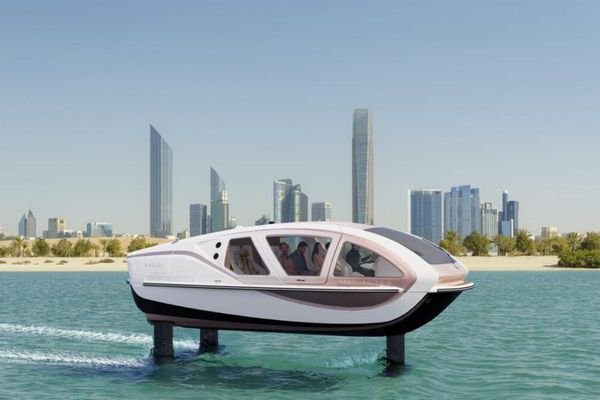 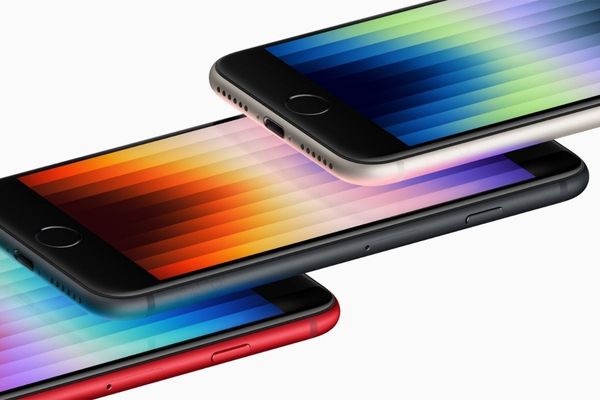