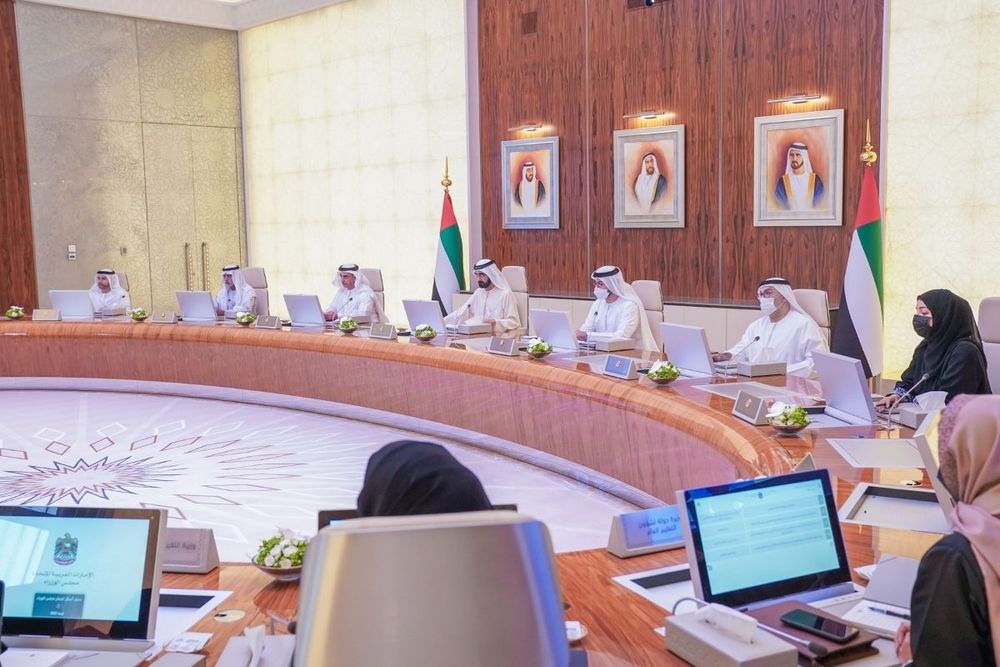 "I chaired the Cabinet meeting at Qasr Al Watan Abu Dhabi, where we adopted the UAE Digital Economy Strategy. Our goal is to increase the contribution of this sector to the GDP by 20 percent over the next 10 years. We formed a Council for Digital Economy chaired by Omar bin Sultan Al Olama, Minister of State for Artificial Intelligence, Digital Economy, and Teleworking Applications."

"During the meeting, we adopted a regulatory framework to support the foreign humanitarian work of the UAE, including the establishment of coordination offices in the country missions. Our Humanitarian work is continuous and the UAE will always remain the capital of generosity and goodness."

"At the Cabinet meeting, we adopted unified standards for licensing and encouraging family counseling professions. The goal is to increase efficiency and provide families with the best specialists in all family matters. We also approved the restructuring of the Board of Trustees of the Higher Colleges of Technology (HCT), chaired by Dr. Ahmad Belhoul Al Falasi, Minister of State for Entrepreneurship and SMEs. Education needs to be developed continuously, for a better future",

"Also, we adopted a number of international agreements, including an agreement to link the payment systems of the GCC countries, and agreements with the United States, Denmark and Brazil. We approved the country's accession to the International Partnership for Hydrogen and Fuel Cells in the Economy."

During its meeting, the Cabinet approved the UAE Digital Economy Strategy, which aims to double the contribution of the digital economy to the GDP from 9.7 percent to 19.4 percent within the next ten years. It also aims to enhance the position of the UAE a hub for digital economy in the region and globally.

The UAE Council for Digital Economy will support the directions of the country, to double the contribution of the digital economy to the UAE’s GDP in the year 2031, and enhances the implementation of the Digital Economy Strategy initiatives in all economic sectors.

The UAE is among the top 25 percent of countries in the most important global digital indicators, where the contribution of the digital economy to the economic sectors of the UAE’s GDP is 9.7 percent, and to the non-oil GDP 11.7 percent.

The Cabinet approved a federal law about the public finance which obligate federal authorities to coordinate with the Ministry of Finance to achieve the financial strategy’s objectives approved by the Cabinet.

The Cabinet approved executive regulation of the federal decree-law on private education aimed at regulating the work of private schools in the country in accordance with the objectives of the private education law, the provisions of which apply to all private schools in the UAE. The executive regulation aims to strengthen a high-level educational system that regulates the licensing mechanism for private schools, to ensure the quality of education and to place students among the best in the world in knowledge assessment tests.

The Cabinet also adopted a unified framework to coordinate and organise the humanitarian and development work of the charitable institutions. It includes a guide that organises the seasonal work of all UAE donors concerned with foreign aids, in accordance with international standards, and in line with the UAE foreign aid policy and strategy. This framework approved by the Cabinet, includes the establishment of coordinating offices in the country's missions abroad for foreign aid. This will contribute in regulating financial transfers to donors, and the UAE charitable institutions in the beneficiary countries.

During the meeting, the Cabinet adopted new standards for licensing of Family Therapy professionals, which includes specific criteria and procedures for licensing family counselors and professionals. The decision constitutes a reference for all parties in evaluating documents, qualifications and experiences of professionals, and ensures that the same unified licensing standards are applied nationwide.

The Cabinet adopted a decision to cancel the registration fees in Federal Supplier and Contractor Register, to encourage suppliers to enhance their participation, and increase their registration in the federal government. The decision will positively affect price rates, improves the quality of government services provided, and increases supplier interaction by registering in the Federal government’s digital procurement platform.

The Cabinet approved the restructuring of Board of Trustees of the Higher Colleges of Technology HCT, chaired by Dr. Ahmad Belhoul Al Falasi, Minister of State for Entrepreneurship and SMEs.

The Cabinet also agreed on the Ministry of Energy and Infrastructure to be the restricting authority for petroleum hazardous materials, the entrusted with the issuance of approvals for the import of these materials, and to follow up their circulation in coordination with licensed local authorities.

The Cabinet also approved the country's accession to the International Partnership for Hydrogen and Fuel Cells in the Economy (IPHE), and approved the issuance of necessary decisions to implement the provisions of the Foreign Account Tax Compliance Act (FATCA) agreement between the UAE government and the US governmentRashid, UAE Cabinet meeting approves establishment of UAE Council for Digital Economy. 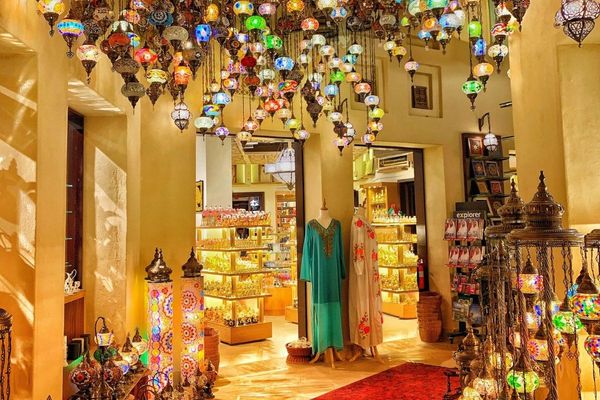 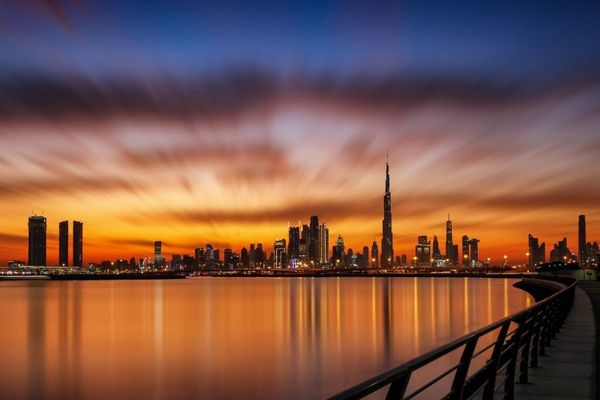