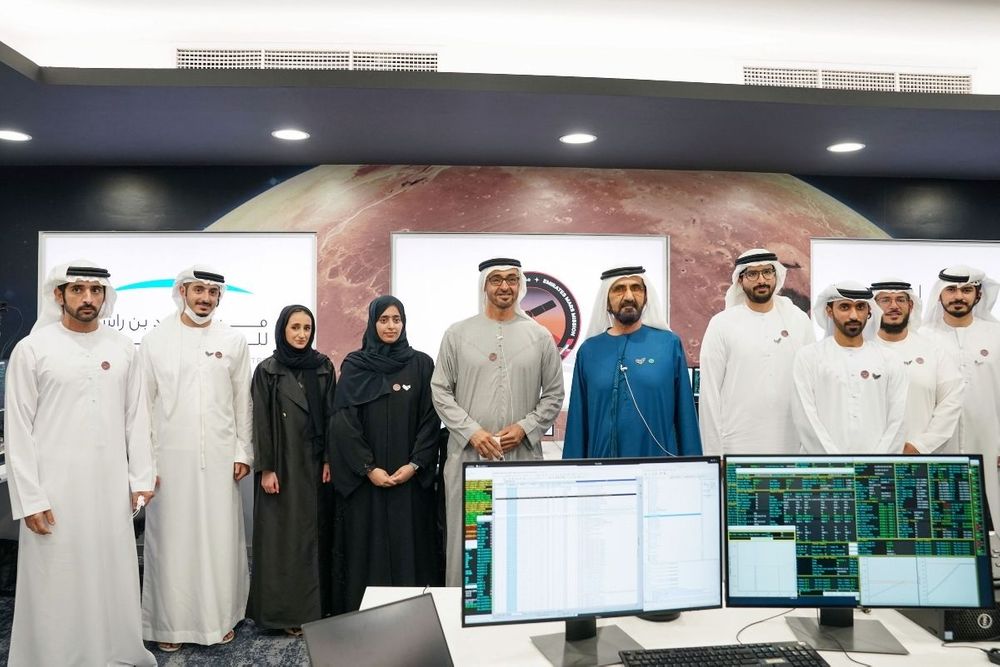 UAE President His Highness Sheikh Khalifa bin Zayed Al Nahyan congratulated UAE citizens and residents and people of the wider region for the success of the UAE’s Hope Probe arrival to Mars in the first-ever Arab interplanetary mission that marks the Arab world’s entry in the global race of space exploration.

The UAE made history on Tuesday evening, Feb.9, as the first Arab nation, and the fifth in the world, to reach Mars after the Hope Probe successfully entered the Red Planet’s orbit, at 7:42pm.

The probe overcame the most critical part of its mission, the Mars Orbital Insertion (MOI) that involved reversing and firing its six Delta V thrusters to rapidly reduce its speed from 121,000 km/h to 18,000 km/h. During the 27-minute critical phase, the contact kept with the probe was kept to a minimum.

Hailing the historic breakthrough, Sheikh Khalifa bin Zayed Al Nahyan said, "This historic achievement would not have been possible without the persistence and determination to implement the idea that emerged at the end of 2013 by His Highness Sheikh Mohammed bin Rashid Al Maktoum, Vice President and Prime Minister of UAE and Ruler of Dubai, who followed it up closely until its success."

He also praised the efforts of His Highness Sheikh Mohamed bin Zayed Al Nahyan, Crown Prince of Abu Dhabi and Deputy Supreme Commander of the UAE Armed Forces, in dedicating all kinds of support needed to make the dream come true.

"Thanks to both leaders and the team of scientists and engineers behind the project for proving to the world that the UAE is capable of achieving the impossible."

Sheikh Khalifa bin Zayed hailed the space project, which was the outcome of solid institutional collaboration and a bold vision that aimed to serve mankind and the international science community.

The Hope Probe is the first of three exploration missions to arrive to the Red Planet in February. China and the US are leading ambitious projects to Mars, scheduled to arrive on Feb. 10 and Feb. 18 respectively. Hope Probe’s arrival to Mars, after travelling 493 million kilometres in a seven-month journey in space, marks the UAE’s 50th anniversary celebrations.

Now that it has entered the Martian orbit, the Probe will transition to the Science phase– transmitting its first image of Mars back to Earth within just one week.

The Rulers of Dubai and Abu Dhabi celebrated the project as a great success for the UAE, the wider Arab region and the global scientific community following six years of technical and logistical efforts to complete the project. They hailed the team of engineers and scientists behind the project who made the Arab team come true after relentless efforts.

Hailing the success of the mission, His Highness Sheikh Mohammed bin Rashid Al Maktoum, Vice President and Prime Minister of the UAE and Ruler of Dubai, said:

"The Hope probe’s historic arrival to Mars is the greatest celebration of the 50th anniversary of our country. It sets the beginning of the next 50 years with boundless ambitions and dreams." He added, "Our next accomplishments will be even bigger and greater."

"Our biggest success is building national scientific expertise who will contribute to the international science community. We dedicate our Mars achievement to the people of the UAE and the rest of the Arab world. Our success proves that Arabs are capable of reviving the region’s legacy and status in the scientific sphere. We mark our country’s 50th anniversary by our Mars stop, and invite Arab youth to join the UAE’s science movement that marched at high speed."

"the Hope Probe’s successful arrival to Mars is an Arab and Islamic achievement that was made possible by the relentless efforts of our youth. The mission marks our entry in the global race to space." He added that "The probe’s arrival to the Red Planet celebrates our journey of 50 years in the best image that fits the UAE and captures its true story to the world. Emirates Mars Mission paves the way for the next 50 years of sustainable scientific development in the UAE. The human capital is the true wealth of our nation. Investing in our people forms the main pillar of all our development strategies and policies."

"the Emirati youth will be the ones leading our development for the next 50 years with their acquired knowledge and skills. The Emirates Mars Mission contributed to building highly-qualified Emirati capabilities equipped to make more accomplishments in the space sector."

"The Hope probe’s historic space journey to Mars is a significant Arab and Emirati achievement." He noted that "the Emirates Mars Mission drafts a new chapter in the UAE’s record of achievements in the space science sector and supports the efforts of our country to build a sustainable knowledge-based economy driven by advanced technologies. The UAE’s celebrations of the 50th anniversary has become associated with the arrival to Mars, which places a big responsibility on the next generation to make greater achievements in the next 50 years."

Millions of Viewers Beamed live around the world by international television stations, the Probe successfully entered the orbit of the second-smallest planet in the Solar System on February 9 at 7:42pm UAE time.

The moment was marked by a dazzling laser show on the façade of the Burj Khalifa reviewing the journey of the Hope Probe, the stages of the project, and the efforts of the Emirati scientists who participated in the realisation of the country’s space dream.

As hundreds of spectators watched the stunning display, the world’s media were joined by high-level government officials and the Emirati Hope Probe team for a special briefing on the mission’s progress.

During the event, Sarah Al Amiri, Minister of State for Advanced Technology, Chairperson of the UAE Space Agency and leader of the scientific team of the Emirates Mars Mission project, gave a detailed explanation in Arabic and English of all stages from ideation to launch and the seven-month journey to space.

Al Amiri's briefing shed light on the Hope Probe’s journey and the UAE's long-held dream of reaching space. A meeting was also held between the scientific team and several media professionals, offering in-depth detail on aspects of the project.

Attending media also received continuous updates from the Ground Control Station at the Mohammed bin Rashid Space Center in Al Khawaneej as Omran Sharaf, Project Director of the Emirates Mars Mission, provided information about the Probe's path in the final critical minutes before entering the capture orbit around Mars.

The core mission will involve capturing more than 1,000GB of new data over one Martian year (687 Earth days), which will be shared with 200 scientific and educational institutions around the world. The mission can be extended for another two years, to provide the first-ever complete picture of the Martian atmosphere.

Through closely studying the connection between current Martian weather and the climate of the Red Planet, scientists will gain deeper insights into the past and future of the Earth as well as the potential for human life on Mars and other planetary objects.

The defining moments The most critical phase of the Hope Probe’s entry to the Red Planet’s orbit, the MOI, commenced at 7:30p.m. UAE timing.

Previously programmed by the team before the launch, the probe automatically fired its six Delta V thrusters to rapidly reduce its speed from 121,000 km/h to 18,000 km/h. The deceleration burn took 27 minutes until 7:57pm as the probe safely entered the capture orbit.

At 8:08pm, the ground control station at Al Khawaneej received the first transmission from the Hope probe, signalling the success of the mission.

The probe’s entry to Mars’ orbit marks the end of four of the six stages of its space journey that started in July 20, 2020: launch, early operations, cruise and the Mars Orbit Insertion. The probe is currently entering the ‘transition to science’ phase, before it commences the ‘science’ phase to study the Martian atmosphere.

First Day in Mars On its first day in Mars, the team restored communication with the probe to ensure its systems remained intact after the dangerous phase it had just passed. For the next 3-4 weeks, daily contact will be scheduled between the probe and the team back on Earth, enabling a quick turn-around of command sequence uploads and telemetry receipt. The probe will capture its first picture of Mars in the first week of its arrival.

Transition to Science phase After a period of testing and validation, a series of maneuvers are performed to get the Hope Probe in the correct position to move into the Science Orbit.

The next stage in the Hope Probe’s journey is the transition from the Capture Orbit to an acceptable Science Orbit in preparation for its primary science operations. The rebooting of the probe’s systems can last for 45 days, while the radio signals will take from 11-22 minutes to travel from Hope to earth and back.

The Science phase The last phase of the probe’s journey is set to begin in April 2020. The probe will officially enter the Science phase to complete the first-ever planet-wide, 24x7 picture of Mars’ atmospheric dynamics and weather daily, throughout all seasons for one full Martian year (687 earth days) until April 2023.

The probe, however, can be used for another two years for additional data collection.

The three science instruments installed on the probe will enable the collection of 1,000GB comprehensive new Martian data, which will be shared for free with over 200 research centers.

The insights and data we gain from understanding the Martian climate will add new dimensions to human knowledge about how atmospheres work, which will help scientists and researchers evaluate distant worlds for conditions that might support life.

Understanding the geographical and climate changes of Mars and the other planets will help us gain deeper insights to find solutions for key challenges facing mankind on earth.

A Global Picture Once it reaches Mars’ orbit, the Hope probe will provide the first-ever complete picture of the Martian atmosphere, monitoring weather changes throughout the day during all seasons, which has not been done by any previous mission.

The mission will provide deeper insights on the climatic dynamics of the Red Planet through observing the weather phenomena in Mars such as the massive famous dust storms that have been known to engulf the Red Planet, as compared to the short and localized dust storms on earth. It will focus on better understanding the link between weather changes in Mars’ lower atmosphere, with the loss of hydrogen and oxygen from the upper layers of the atmosphere.

The probe, for the first time, will study the link between weather change and atmospheric loss, a process that may have caused the Red Planet’s surface corrosion and the loss of its upper atmosphere. 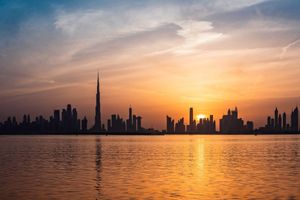 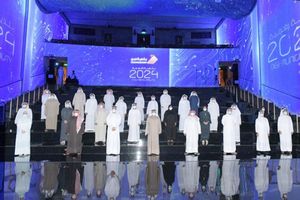 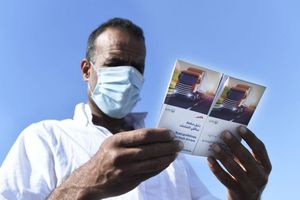 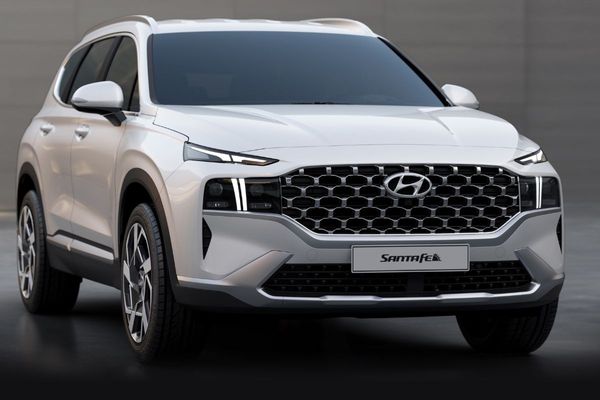 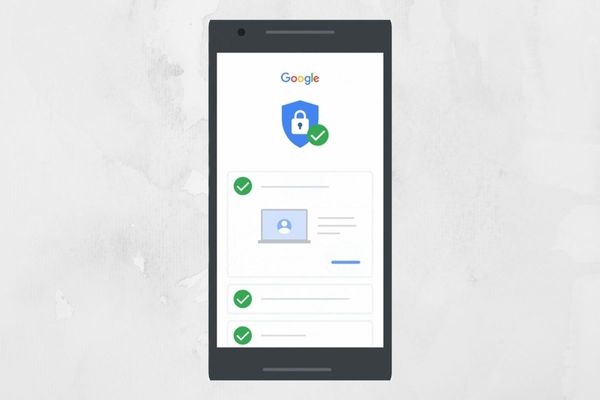 Google Calls on Arab Internet Users To do a Privacy Check