"We are keenness to make the donations available to humanitarian aid projects in the UAE. The Emirate of Dubai was reinforcing and developing legislative and organisational charitable infrastructure to maximize benefits from donations and enlarge the group of beneficiaries.

We praise Smart Dubai efforts for setting the technical infrastructure necessary to ensure safe and speedy payment of government transaction fees, while allowing customers to make their donations through reliable government channels. We follow the directives of His Highness Shaikh Mohammed bin Rashid Al Maktoum, Vice President Prime Minister of the UAE and Ruler of Dubai, and the guidance of His Highness Shaikh Hamdan bin Mohammed bin Rashid Al Maktoum, Crown Prince of Dubai and Chairman of the Executive Council, to strengthen cooperation with stakeholders, for the advancement of charitable work in the emirate, particularly in times of crisis."

"Smart Dubai relentlessly striving, within its strategic vision, to employ technology for the people benefit, and allow them to process their transactions in an easy, smooth and smart way. We are proud of the results achieved by the 'Dirham Al Khair' initiative, which reflected the profound social responsibility of the Dubai community, and their interaction with innovative and smart initiatives, aiming to make the emirate the smartest and happiest city on earth".

Executive Director of Central Accounts at DOF, Jamal Hamed Al Marri, stated that the donation from 'Dirham Al Khair' has amounted to AED4.83m since its launch in July 2017. "Donations were sent to five community and charitable entities in the UAE, namely, Islamic affairs and charitable Activities Department in Dubai (IACAD), the Community Development Authority in Dubai (CDA), the Trahum Charity Foundation (TCF), the Friends of Cancer Patients (FCP), and the Rashid Center for The Determined Ones (RCDO)," he explained.

Assisting government customers to donate during their payment of government services fees, whether through the e-Pay portal linked to the websites of all government agencies, or via the Dubai Now application, contributes to enhancing charitable work in the emirate. It also makes it easier for donors to offer their donations in all forms, and ensure that the donations are delivered to the needy through reliable official channels," he concluded.

“We were keen to motivate partnership relations with government agencies concerned with social responsibility, to enrich charitable work and contribute to its organisation in the emirate. DOF decided to diversify the beneficiaries in order for a wider segment of needy people to benefit from the donations and the initiative allowed four specific groups to benefit from donations: people of determination, cancer patients, senior citizens, and needy people.

We have developed a modern corporate policy for social responsibility based on the highest standards, through which we adhere to our responsibilities towards society and sustainable development, and 'Dirham Al Khair' initiative forms an integral part of this policy. The Social Responsibility Unit at DOF identifies issues that require urgent solutions. It is also within its responsibilities to consolidate cooperation activities with the private sector to support projects and initiatives and sponsor them."

CEO of the Smart Dubai Government, Wesam Lootah, affirmed that Smart Dubai is keen to employ technology to serve the community and charitable work, in a way that improves the lives of people, and brings about positive change in the various segments of the community.

"We are keen to take a role that makes 'Dirham Al Khair' initiative a success by allowing customers to contribute and donate to the campaign with ease through Dubai Now application, which is designed as a single central platform of fast and paperless services that allows Dubai community to process their transactions via the Internet or smart phones."

DOF sent 'Dirham Al Khair' initiative donations for Q1 of this year, which amounted to about AED336,000, to the Community Solidarity Fund against Covid-19, launched by IACAD to support efforts to combat the pandemic in the emirate.

Last year, DOF sent AED150,000 in donations to the FCP, and another donation of AED100,000 to the CDA to support senior citizens. In 2018, it sent donations amounted to AED184,000 to the RCDO. All those donations were collected through Dirham al-Khair initiative.

The share of the TCF, which is licensed by the IACAD, of the total donations, amounted to AED4.05m, which went to a number of humanitarian aid in the UAE. The foundation is bound by an agreement with DOF, to implement projects including maintenance of old and dilapidated homes of UAE citizens, construct homes for them, and settle bank loans to defaulting UAE citizens. 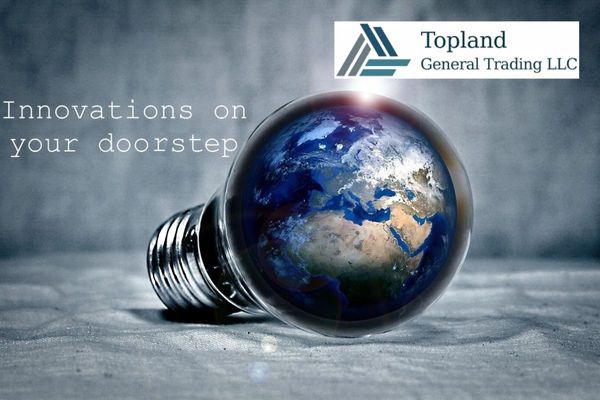 Andy Faulkner, CEO of Topland General Trading, gives insights on their focus on products for People of Determination