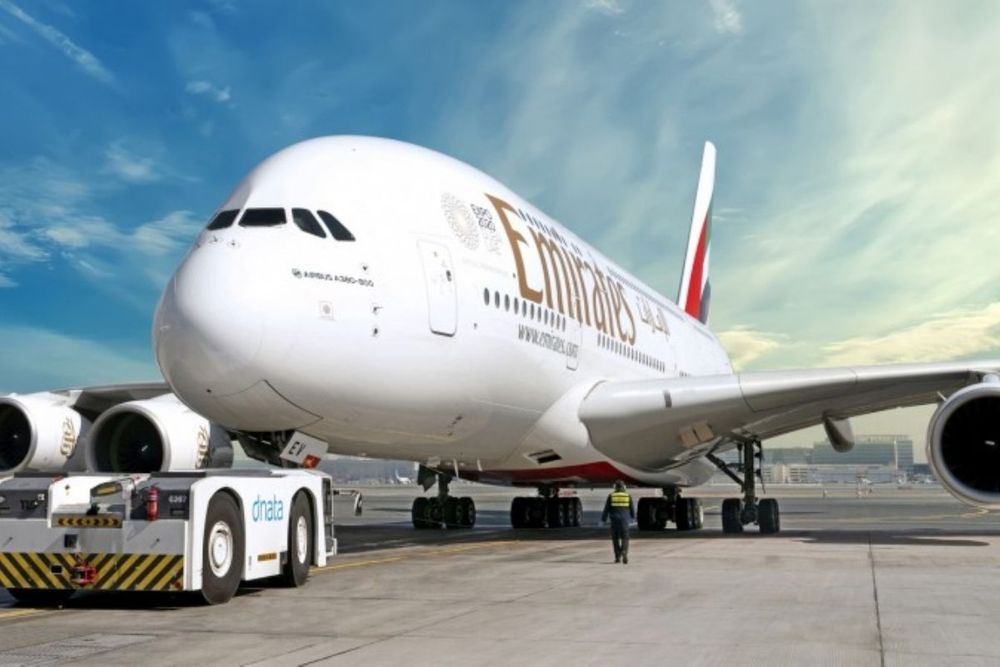 The Emirates Group today announced its half-year results for its 2021-22 financial year.

Group revenue was AED 24.7 billion (US$ 6.7 billion) for the first six months of 2021-22, up 81% from AED 13.7 billion (US$ 3.7 billion) during the same period last year. This strong revenue recovery was underpinned by the easing of travel restrictions worldwide and the corresponding increase in demand for air transport as countries progressed their COVID-19 vaccination programmes.

The Group also reported an EBITDA of AED 5.6 billion (US$ 1.5 billion), a dramatic turnaround from a negative AED 43 million (US$ 12 million) EBITDA during the same period last year, illustrating its strong return to operating profitability.

“As we began our 2021-22 financial year, COVID-19 vaccination programmes were being rolled out at unprecedented scale around the world. Across the Group, we saw operations and demand pick up as countries started to ease travel restrictions. This momentum accelerated over the summer and continues to grow steadily into the winter season and beyond.

“Our cargo transport and handling businesses continued to perform strongly, providing the bedrock upon which we were able to quickly reinstate passenger services. While there’s still some way to go before we restore our operations to pre-pandemic levels and return to profitability, we are well on the recovery path with healthy revenue and a solid cash balance at the end of our first half of 2021-22.

“We would like to thank our customers for their continued support, as well as all our aviation and travel industry stakeholders and partners for their efforts that have made it possible for international air travel to resume safely and smoothly.”

“Our ability to pivot and pull through the toughest period in our history to date, can be attributed to Emirates’ and dnata’s strong brands, high quality products and services, digital and innovation capabilities, and our amazing people. We intend to continue investing in these core areas to take our business into the future, together with the leaner processes and new technology capabilities that we’ve implemented in the past months.”

The Emirates Group has been able to tap on its own strong cash reserves, and access funding through its Owner and the broader financial community to support its business needs through the unprecedented challenges wrought on the aviation and travel industry by COVID-19. In the first half of 2021-22, its Owner further injected AED 2.5 billion (US$ 681 million) into Emirates by way of an equity investment and they continue to support the airline on its recovery path.

During the first six months of 2021-22, Emirates took delivery of 2 new A380s and retired 2 older aircraft from its fleet as part of its long-standing strategy to improve overall efficiency, minimise its emissions footprint, and provide high quality customer experiences.

With a clear focus on restoring its passenger network and connections through its Dubai hub, Emirates responded with agility whenever travel restrictions lifted to restart services or layer on additional flights. In July, it launched services to Miami, a new destination, and during the first half of 2021-22, Emirates also activated codeshare and interline partnerships with Airlink, Aeromar, Azul, Cemair and South African Airways to expand connectivity options for customers.

By 30 September, the airline was operating passenger and cargo services to 139 airports, utilising its entire Boeing 777 fleet and 37 A380s.

Emirates also continued to introduce initiatives that improve travel experience, boost customer confidence, and enable secure and efficient operations. In June, Emirates became the first airline to sign up for the worldwide implementation of the IATA Travel Pass, in addition its ongoing investments in additional biometric and other digital verification technologies at Dubai Airport.

For its premium customer and frequent flyers, Emirates reinstated more of its signatures Lounge and Chauffeur Drive services at key airports outside of Dubai, and it also launched an online subscription platform “Skywards+”, to offer its 27 million members easy access to customized rewards and privileges.

Overall capacity during the first six months of the year increased by 66% to 16.3 billion Available Tonne Kilometres (ATKM) due to a substantially expanded flight programme as more countries eased travel and flight restrictions. Capacity measured in Available Seat Kilometres (ASKM), more than tripled by 250%, whilst passenger traffic carried measured in Revenue Passenger Kilometres (RPKM) was up by 335% with average Passenger Seat Factor recovering to 47.9%, compared with last year’s pandemic figure of 38.6%.

Emirates carried 6.1 million passengers between 1 April and 30 September 2021, up 319% from the same period last year. The volume of cargo uplifted at 1.1 million tonnes has increased by 39%, which brings the business back to 90% of pre-pandemic (2019) levels by volume handled. This shows Emirates Skycargo’s outstanding agility and ability to meet the requirements of its customers whether it be for the transport of vaccines and pharmaceuticals, essential goods like food and perishables, or champion horses and high performance cars.

In the first half of 2021-22, Emirates Skycargo boosted its pharma cool chain handling infrastructure with the addition of 94 cool room pallet positions to its existing EU GDP compliant infrastructure at Dubai airport. Emirates Skycargo continues to support the global roll-out of COVID-19 vaccines, having carried over 150 million doses through its Dubai hub by July 2021.

In the first half of the 2021-22 financial year, Emirates loss was AED 5.8 billion (US$ 1.6 billion), compared to last year’s loss of AED 12.6 billion (US$ 3.4 billion). Emirates revenue, including other operating income, of AED 21.7 billion (US$ 5.9 billion) was up 86% compared with the AED 11.7 billion (US$ 3.2 billion) recorded during the same period last year. The strong revenue recovery reflects quick return of passenger demand wherever flight and travel restrictions were eased around the world.

Emirates operating costs increased by 22% against an overall capacity growth of 66%. Fuel costs more than doubled compared to the same period last year. This was primarily due to an 81% higher fuel uplift in line with substantially increased flight operations during the six-month period up to end of September, and also an increase in average oil prices. Fuel, which was the largest component of the airline’s operating cost in pre-pandemic reporting cycles, accounted for 20% of operating costs compared to only 11% in the first six months of last year.

Driven by the significant increase in operations during the six months, Emirates’ EBITDA recovered to AED 5.0 billion (US$ 1.4 billion) compared to AED 290 million (US$ 79 million) for the same period last year.

dnata’s businesses in cargo and ground handling, catering and retail, and travel services saw demand return quickly wherever pandemic-related flight and travel restrictions were eased. Demonstrating the agility and capability of its highly skilled teams, dnata was able to respond quickly to customer needs with high quality services - from supporting its airline customers in reinstating flight operations safely and smoothly, to helping customers book their long-awaited travel plans.

dnata’s airport operations remains the largest contributor to revenue with AED 2.5 billion (US$ 688 million), a 52% increase as compared to the same period last year. Across its operations, the number of aircraft handled by dnata increased sharply by 116% to 222,668, and it handled 1.4 million tonnes of cargo, up 9%.

dnata’s flight catering and retail operation, contributed AED 766 million (US$ 209 million) to its revenue, up 80%. The number of meals uplifted doubled to 16.6 million meals for the first half of the financial year after last year’s 8.3 million. 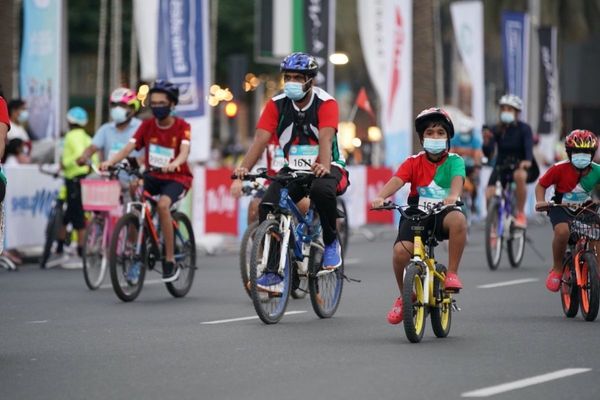 Fitness 30x30: Where to find the ultimate fitness activities in Dubai 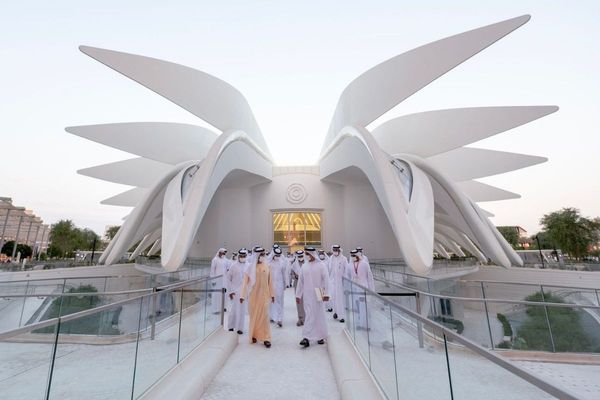