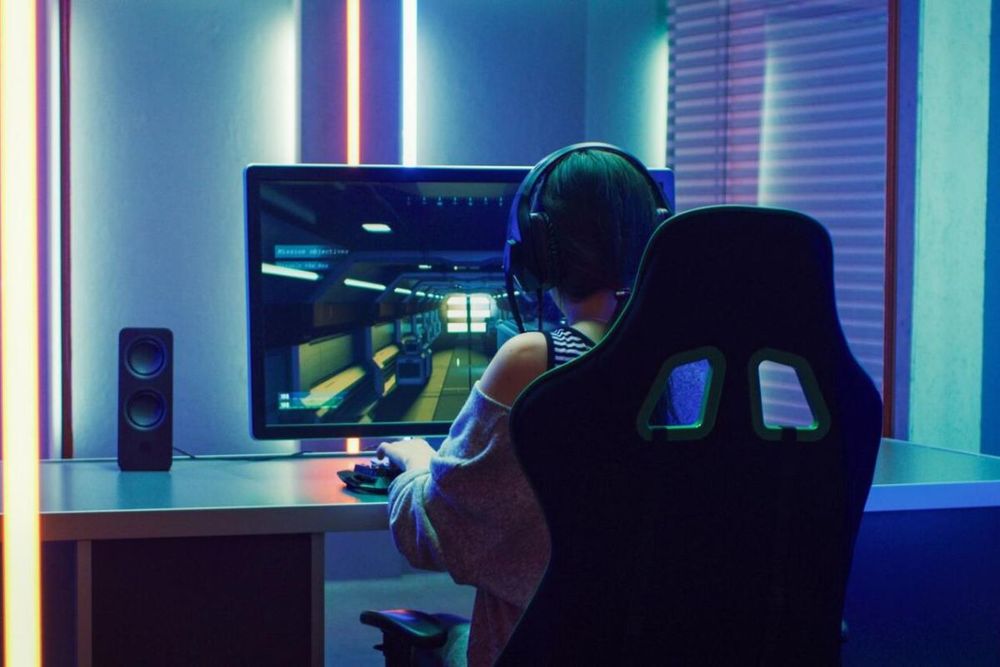 Statista, a German database company, interviewed 45,650 people from 39 countries between April 2021 and March 2022 as part of their Global Consumer Survey to find out about the gaming practices among people aged above 18.

1,012 Emiratis and residents took part, and 91 per cent said they were gamers, out of which 73 per cent played games on their mobile phones.

That doesn’t come as a surprise given the fact that there are countless entertaining mobile games for everyone. Be it the widely popular battle royale game PUBG Mobile, which has gained a lot of fans in the last 5 years, strategic role-playing games (RPG) like Clash of Clans, or the highly addictive puzzle game Candy Crush Saga.

In a metropolis like Dubai, there is an average of 1.3 million people using public transportation on a daily basis, as per the official RTA statistics last year. Pair that with the aforementioned statistic and we can imagine how many are on their phones playing video games.

The smartphone gaming industry is huge, especially with games on handheld devices being easily accessible and low or almost free of cost. On the other hand, there are people who prefer gaming which is possible via console or PCs, with the latter being a more costlier platform averaging at around Dh6000 for a full-fledged PC gaming setup that includes a computer, monitor, headset & controller, keyboard & mouse, and a desk and chair.

Now that’s a costly hobby and one needs to keep spending more to stay updated with the latest technology. But if you ask us, there’s nothing like your own video gaming space where you can spend hours in front of the screen defeating the mightiest of monsters in Elden Ring or taking down other gamers in player versus player combat games like Call of Duty, Fortnite and more.

PvP games bid gamers against other gamers rather than the game’s artificial intelligence (AI). This mode of gaming gained prominence in the late ‘90s and has only risen in prominence with several releases every year.

The rise of multiplayer games

In the UAE, however, it was a while before gamers could enjoy multiplayer games as there were no dedicated servers that facilitated global gaming. Now, the Middle East has its own servers and the gaming industry is bigger than ever, growing at a steady pace. Now, gaming is not even considered just a ‘hobby’ and many look at it as a viable career opportunity. And why shouldn’t they? If you tell someone who is super enthusiastic about video games that they might make money off it, they wouldn’t pass up the opportunity to give it a try.

“We are in a part of the world where this is a new trend,”

“There was even a stigma about people who do content creation and gaming because it wasn’t considered a real job. People thought, some still think, that being an engineer, doctor, lawyer, are real jobs. But that is not the case anymore.”

Bibi has been a content creator in the Middle East for about five years now and mainly creates content on Twitch and Instagram. He’s also entering the TikTok space with his creations, a platform where short videos are a thing in contrast to the other and more popular means of gaming content creation platforms such as YouTube and Twitch where creators usually stream their games.

“TikTok isn’t the ideal platform for games, but it’s a trending platform at the moment,”

“There’s always a way, you just need to be creative and you can make a one or three-minute clip on games or anything funny related to it. Ideas will always come, you just need to put them in a nice plan and execute. Numbers will come automatically.”

Many gaming content creators are also part of eSports teams. eSports, short for electronic sports, are multiplayer video games played competitively for spectators. It involves professional gamers who have made a career out of video games. A feat that requires a lot of time, effort, and dedication to achieve. And everyone seems to be wanting a piece of this billion dollar industry.

The UAE has also started to host eSports events that bid local and international teams against each other in popular competitive games such as Counter Strike, League of Legends, DOTA, FIFA, Rainbow Six Siege, and many more.

Last month, EMG 2022, one of Dubai’s greatest gaming extravaganzas took place in the city. It brought the best of eSports tournaments, gaming celebrities, cosplays, friendly competitions, anime music shows, and a lot more for all the gaming enthusiasts in the region.

The talking point of the event organised by eSports Management Group was the official Global Esports Tour CS:GO LAN tournament. Eight of the top professional eSports teams from around the world battled for a share of the prize pool of $250,000. The highlight of the tournament was how a local-based team Nasr eSports took on a world renowned Ninjas in Pyjamas in a thrilling and competitive game of Counter Strike. While the former were eliminated, they made a huge name after putting up a great fight against the highly-skilled opponents as well as winning one of three rounds. Ninjas in Pyjamas, however, took home the trophy and $100,000 in prize money.

Nasr eSports is a UAE-based gaming team that has been around for six years. It has 50 players from across the MENA region and Turkey. They participate in tournaments and competitions regionally and globally across 12 different games. We spoke to its Founder and CEO Lalit Vase.

“We scout talent and invest in them to prove that they can make it on the global level,”

“Our aim is to build a base of next generation eSports stars in the Middle East.”

But, of course, there are challenges in this specific region. Lalit reveals how, at one point, the team was the top League of Legends team in the MENA region and then, towards the end, there were hardly any tournaments.

“Publishers have to improve their structure of how talents in the Middle East get a chance to go global,”

he said, adding that,

“Brands and sponsors are still not confident of investing and sponsoring talents.”

Thajudeen Kadhar, an avid gamer and also the head of marketing at EMG chipped in to tell us more about the technical challenges this region faces.

“Majority of the challenges are aligned around ping issues,”

“If someone wants to be a pro player, they cannot practice to their maximum capability because of ping issues."

EMG 2022 featured a huge lineup of games, including friendly contests spread over several areas at Dubai World Trade Center. The games included League of Legends, Valorant, Call of Duty, Fortnite, FIFA, Tekken 7, and multiple VR games. The event was also a treat for cosplayers and cosplay fans as an official EMG Cosplay Contest took place with a grand prize of $10,000.

Ewelina, a Polish expat who has been residing in Dubai for over seven years, is another influencer who goes by the name KiraDxb. She primarily creates cosplay and gaming content. She worked as a flight attendant and recently decided to focus on creating gaming related content on YouTube, TikTok, Instagram and other social media platforms.

“I have always loved anything that had to do with computers, games, and superheroes,”

“I have always been drawn to gaming so much. Maybe it is a part of being a very introverted person as I just love to sit and dive into imaginary worlds.”

In the past, girl gamers were a rare sight. Now, however, many girls are joining the gaming world and are a huge part of the industry as gamers and creators.

“The new generation of girl gamers represent the proper way of how a female gamer should be,”

“Now, it is all about skills, our knowledge, and teamwork with other gamers.”

We also asked the attendees of EMG about upcoming games and which ones they were looking forward to the most. Call of Duty: Modern Warfare II, God of War: Ragnarok, and Hogwarts Legacy were among the most hyped ones. 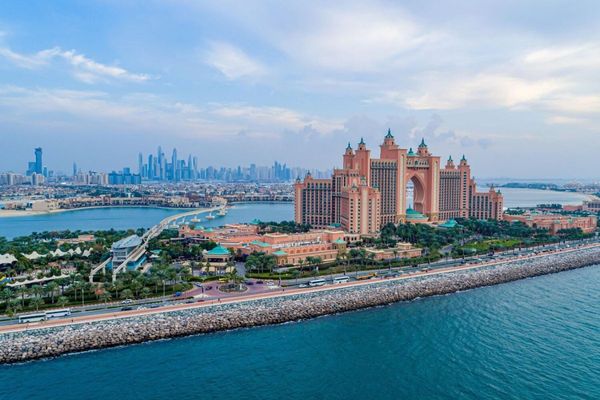 Dubai tops the list of most popular city breaks around the world, new study finds 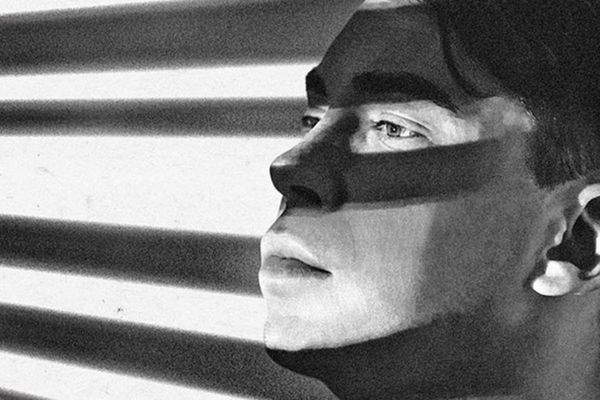 Hardwell to perform at Coca-Cola Arena Dubai this November