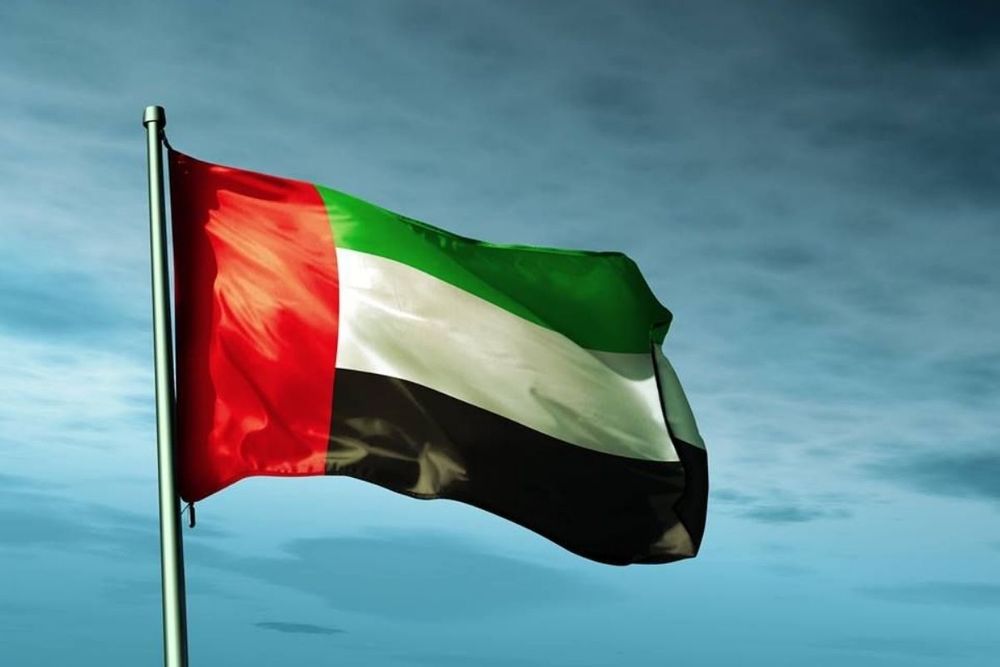 The UN Framework Convention on Climate Change (UNFCCC) has officially announced that the UAE will host the 28th Conference of the Parties (COP28) in 2023.

"We are pleased and honored by the UNFCCC decision to select the United Arab Emirates to host the UN Climate Change Conference in 2023 and commit ourselves as a nation to supporting the entire international community in accelerating our combined efforts to overcome the very real threat of climate change.

"The founding father of the UAE had the highest regard for the environment, and it is his legacy which has inspired the progress we have made over the past 50 years to diversify our economy – and will continue to inspire us as we strive to safeguard the well-being of present and future generations.

"COP28 in 2023 will and must be a ‘solutions COP’ – and I am confident that the rich experience of this young, inclusive nation in advancing practical, viable and shareable solutions to the world’s most pressing challenges will again come to the fore as we host the world for the UN Climate Change Conference in two years’ time.

"The UAE Net Zero by 2050 Strategic Initiative, announced earlier this year, shows our own unwavering commitment to promoting climate action. Further, through new investment commitments and partnerships, we are illustrating our determination to support the world in addressing climate change.

"We look forward to welcoming the world at COP28. The voice of every nation and stakeholder will be heard, ensuring that, together, we not only help mitigate the effects of global warming, but also unlock new opportunities to realize greater prosperity and a better life for future generations."

A holistic approach for economic progress Dr Sultan Ahmed Al Jaber, UAE Minister of Industry and Advanced Technology and Special Envoy for Climate Change, said the decision to host COP28 in the UAE is a direct result of the vision of its leadership and the commitment of its founding father, Sheikh Zayed bin Sultan Al Nahyan to sustainable development. He added that the decision is a direct reflection of the nation’s decades long commitment to progressive climate action.

"We very much look forward to the opportunity of uniting the world in an effort to raise ambitions for climate action and to advance progress for humanity. COP 28 will be a crucial global stock-take, measuring how far we have come, and how far we still need to go, to fulfill the Paris Agreement. Our guiding principle for COP 28 will be inclusivity. We want to reflect the views and invite the contribution of both developed and developing countries, the public and private sectors, academics and civil society. The UAE adopts this approach, because we truly believe that partnership promotes progress."

"In this spirit, everyone will have a seat at the table. Developed countries alongside developing nation, the public alongside the private sector, scientists alongside civil society and also. importantly the voices of youth. It is together that we will succeed."

Dr Al Jaber congratulated the Arab Republic of Egypt for being announced as host of the 27th session of the Conference of the Parties, highlighting that the UAE will cooperate with partners everywhere to identify lessons learned in order to achieve effective results. He added that the UAE will work to ensure that all segments of society are part of this great effort to allow humanity to change course to a better future; extending an open invitation to the world to advance real climate action through inclusion, transparency and responsibility.

"At a time of rapidly rising climate risks that threaten all countries, we welcome the responsibility of hosting COP28, and are determined to support the international community in pursuing a practical agenda that focuses on implementation, ambition, opportunities and transformation."

"Due to our wise leadership’s vision and foresight, the UAE has become an internationally acclaimed driver of collective climate action. In 2023, world leaders will convene to tackle climate change on a global scale – and where better to do so than the United Arab Emirates, the home of the International Renewable Energy Agency (IRENA) and a country that has a strong track record in hosting high-profile international events.

"At COP28, we will address the planetary and economic aftermath of climate change as two sides of the same coin, exploring solutions that put us on a path towards limiting global warming to 1.5 C and are economically viable at the same time. We are keen to share our successful approach of turning challenges into opportunities to leave a healthier planet to our children."

"We firmly believe in young people’s right to have a say in shaping their future, and are dedicated to supporting the highest levels of youth participation in delegations and formal proceedings at COP28."

Path-breaking initiatives at COP-26 At COP26, the Agriculture Innovation Mission for Climate (AIM for Climate) – a major new initiative led by the UAE and United States (US) with the support of over 30 governments – was officially launched. AIM for Climate announced an "early harvest" of US$4 billion of increased investment to accelerate innovation for climate-smart agriculture and food systems over the next five years.

The UAE has pledged US$1 billion of increased investment as part of this initiative, which aims to increase and accelerate agricultural and food systems innovation in support of climate action. AIM for Climate is focused on leveraging high-potential economic returns and job creation from innovation investment in a sector that employs over 2 billion people and feeds the world’s growing population.

The UAE also joined the Global Methane Pledge building on its position as one of the least methane intense nations in the world. The nation will share its capabilities and experience in best-in-class methane performance with signatories to the EU-US led initiative that aims to cut global methane emissions by 30 per cent by the end of the decade. The UAE has long acted as a regional leader in methane reduction.

Over five decades, the country has successfully reduced the volume of natural gas flared in the domestic energy sector by more than 90 per cent. In turn, the UAE’s hydrocarbon industry today holds one of the world’s lowest methane intensities of 0.01 per cent. The UAE will build on this foundation of ultra-low methane intensity in the energy sector to further improve its methane performance.

Further, IRENA and the UAE announced the Energy Transition Accelerator Financing (ETAF) Platform, a new global climate finance facility to accelerate the transition to renewable energy in developing countries. The UAE committed US$400 million in funding provided by the Abu Dhabi Fund for Development (ADFD) toward the platform’s goal of securing a minimum of US$1 billion in total funding.

The UAE, represented by the Ministry of Energy and Infrastructure (MOEI) also announced the Hydrogen Leadership Roadmap, a comprehensive national blueprint to support domestic, low-carbon industries, contribute to the country’s net-zero ambition and establish the country as a competitive exporter of hydrogen.

Moreover, the UAE has raised the mangrove-planting target in its second Nationally Determined Contribution (NDC) under the Paris Agreement from 30 million to 100 million by 2030. The move consolidates the nation’s position as a global leader in nature-based climate change solutions, and will expand local mangrove forests to cover 483 square kilometers, sequestering nearly 115,000 tons of CO2 per year.

A testament to the UAE’s 30 years of positive climate action The road to COP 28 is a testament to the positive climate action initiated by the UAE for over three decades. The UAE was the first country in the Middle East & North Africa to ratify the Paris Agreement and commit to lowering its carbon emissions. It was also a pioneer in setting the region’s first renewable energy and biodiversity conservation targets to match its climate ambitions.

Among many sustainability achievements, the UAE has brought the cost of solar energy below that of all other electricity sources and built one of the world's first large-scale carbon capture, utilisation and storage (CCUS) facilities. It has invested close to US$17 billion in solar, wind and battery storage projects across six continents worldwide, including in 27 climate-vulnerable island nations.

The Barakah Nuclear Power Plant, which started commercial operations in April this year, will eliminate almost a quarter of the greenhouse gas emissions of the UAE’s power sector once its four reactors are operational. The UAE was the first country in the Middle East & North Africa to announce a Net Zero by 2050 Strategic Initiative – a national drive to make the country carbon-neutral by mid-century.

The UAE’s long history of commitment to climate change started in 1989 when it first ratified the Vienna Convention for the Protection of the Ozone layer. Since then, it has joined the UNFCCC (1995) and ratified the Kyoto Protocol (2005). Two years ago, the UAE hosted the Abu Dhabi Climate Meeting, attended by the United Nations Secretary-General António Guterres. 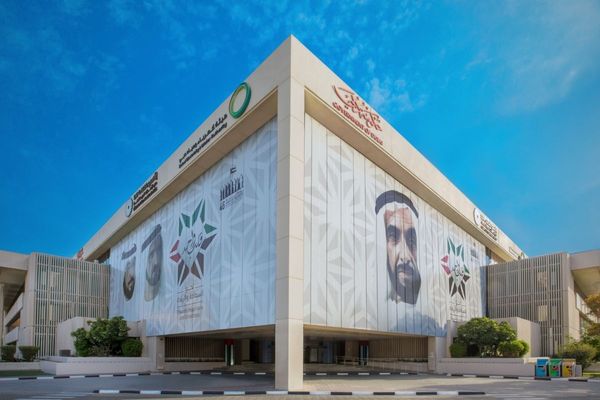 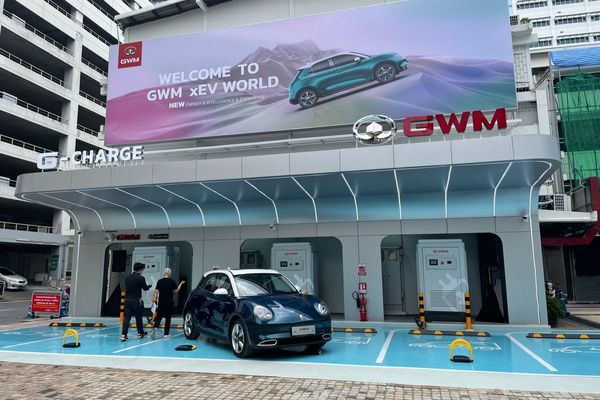