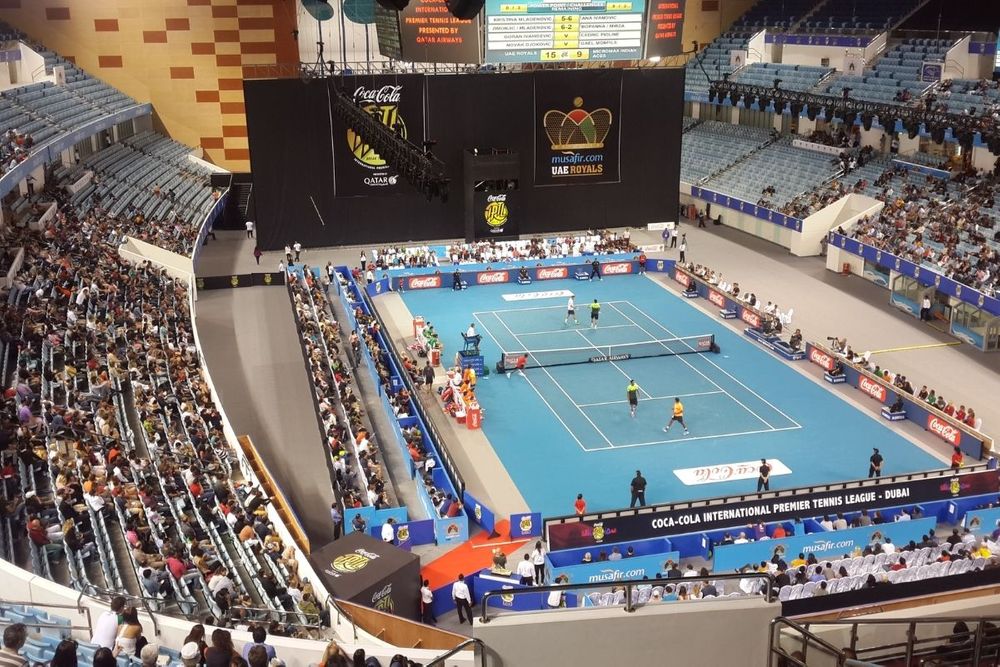 Hamdan Sports Complex, one of the world’s most iconic sports arenas, is ready to bring the curtains down on a busy year of top international and local sports events, and activities that continued throughout 2021 without slowing down.

“We are proud that Hamdan Sports Complex is at the forefront in hosting international sports events, and a meeting place for Olympic and international champions, who come to Dubai from different continents to train and benefit from our world-class sports training facilities, as well as the success of the country in dealing with the pandemic, which has contributed to enhancing the position of the country in general, and Dubai and Hamdan Sports Complex in particular.

“We are fortunate, as the Complex's Board of Directors, to work in accordance with the directions and support of His Highness Sheikh Mansoor bin Mohammed bin Rashid Al Maktoum, Chairman of Dubai Sports Council, and gain the confidence of His Highness in assuming this responsibility, as well as the directives of His Excellency Mattar Al Tayer, Vice Chairman of the Council, who has supported our work and provided us with all means of success. This has enhanced the status of the Complex and helped achieved its goals. We are working according to a clear methodology to attract more athletes and sports to the complex, and expand its role and number of beneficiaries.”

The Hamdan Sports Complex was as one of the first major sports facilities of the world to witness the return of sports activity after the pause due to the pandemic, thanks to the precise precautionary measures and protocols for each championship and sport, which achieved great success and had an impact outside the country as many Olympic athletes, and a number of Olympic and non-Olympic teams from different countries set up their training camps in the Complex in a safe atmosphere. A number of them went on to win medals at the Tokyo Olympics and the 2021 World Short Course Swimming Championships in Abu Dhabi.

In addition to hosting 11 training camps for international teams, the Complex also hosted top international athletes and Olympic champions, led by the Danish badminton ace Viktor Axelson, who crowned his training efforts at the Hamdan Sports Complex and the Nad Al Sheba Sports Complex by winning the men’s badminton title at the Tokyo Olympics this year.

A number of top international swimmers also made use of Hamdan Sports Complex’s exceptional facilities, including South Africa’s Chad le Clos, Tom Shields of the United States, who was part of the gold-winning US men’s 4x50m medley relay team in Abu Dhabi on Monday, and Hong Kong’s Siobhan Haughey, who set a new women’s 200m freestyle world record of 1:50.31 on December 16 at the 2021 World Short Course Swimming Championships in Abu Dhabi.

Cuban swimmer Lorenzo Perez Escalona, winner of the 100m freestyle S6 gold medal at the Rio 2016 Paralympic Games, also trained at the Complex this year, and so did Czech pentathlete Martin Vlach.

In terms of tournaments, the Complex hosted a number of international tournaments during the year, foremost of which were the 25th Karate World Championships, the MKFA International Fencing Epee Cup, the FAZZA Freediving Championship, and the 24th SPEEDO Invitational Short Course.

The events, tournaments and camps hosted by Hamdan Sports Complex during the year 2021 represent a distinct addition to an impressive list of events hosted by the Complex since its inauguration in 2010, when the Complex hosted one of the biggest aquatic events on the international calendar - the 10th FINA World Swimming Championships from December 15-19, attracting participants from 153 countries.

It was the first time the FINA World Swimming Championships were held in an Arab country, and every competitor and official was left impressed by the magnificent facility, with the manager of the Chinese contingent saying Hamdan Sports Complex was even better than the aquatic centre built for the 2008 Beijing Olympic Games. Many other participants and FINA officials described it as the best indoor aquatic facility they had seen.

Built on 24-hectares of land, the Hamdan Sports Complex is one of the world’s biggest and most modern multi-purpose facilities, designed to host more than 10 different Olympic sports like basketball, badminton, handball and volleyball alongside all kinds of aquatic sports like swimming, synchronised swimming, diving, synchronised diving and water polo.

Dressed on the outside in contrasting hues of blue and a glistening glass façade, the cavernous complex boasts two 50-meter Olympic-standard swimming pools. Both pools have moveable floors, which are used to cover the pools when the arena need to be turned into a sturdy surface for a non-aquatic sport event, or non-sports events like conferences and exhibitions.

The swimming pools can also be transformed into 25-meter pools of varying depths at any time by simply pressing a button. Adjacent to the pools is an Olympic-sized diving tank, equipped with diving boards at heights of 10m, 7.5m, 5m, 3m and 1m.

Rising over the 10-lane swimming pools and diving tank is a three-tier, horseshoe-shaped seating bowl that can accommodate 15,000 spectators. The fans, besides following the live action, can also view replays on four giant screens hanging from the ceiling in the centre of the arena. In addition to those four screens, there are four other text-display screens showing results and other relevant information.

The arena also boasts a royal VVIP lounge as well as luxurious executive boxes, and a working area for journalist that can accommodate 200, as well as a specious press conference. It also has changing rooms for 400 athletes, rooms for umpires, a health club, gymnasium, as well as a training pool.

Besides these, there is a fully functional medical room with state-of-the-art medical facilities, a doping control room, and parking space for 1,588 cars.

The Hamdan Sports Complex has embraced many ground-breaking and environmentally-friendly technologies, in line with the Dubai’s vision of becoming one of the top sustainable cities in the world. All of its outdoor lights are solar-powered and pools are consistently maintained at a temperature of 27°C by the sun. The glass exterior, meanwhile, allows for optimized natural light penetration, especially for the offices and the main entrance at the first floor where it’s most required. 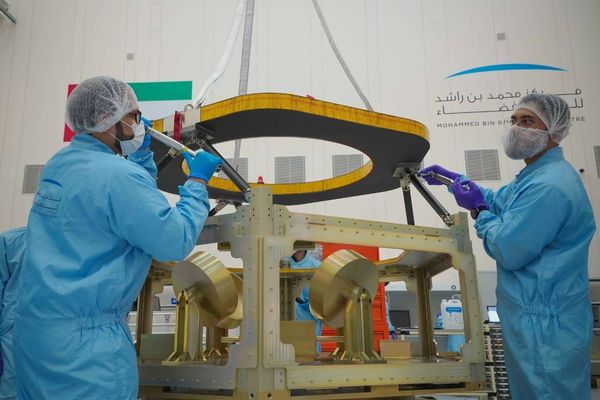 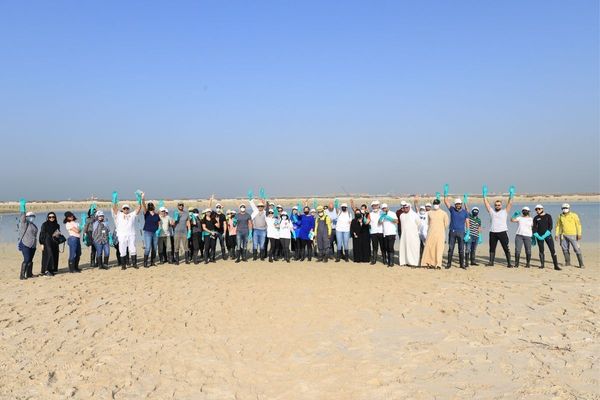