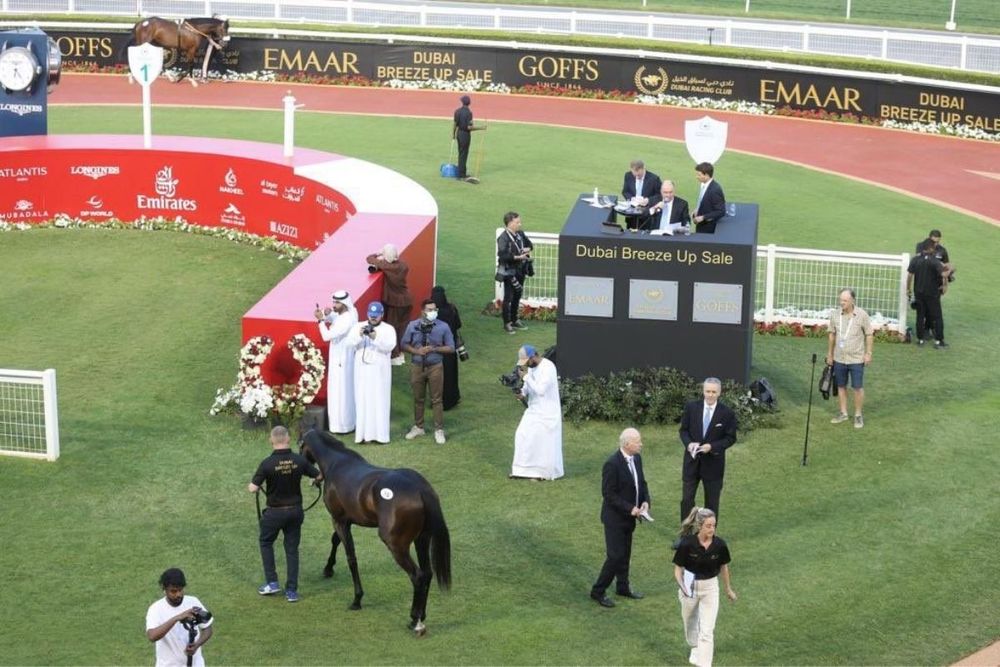 There was roaring trade from the off as the Dubai Breeze-up Sale, the first sale of two-year-old horses in training to be held in the Middle East, exceeded expectations.

The event, organised in association with Goffs, Ireland's leading bloodstock sales company, was held two days ahead of the prestigious Dubai World Cup at Meydan Racecourse, and saw horses being sold for approximately AED31.6 million.

“We are delighted at the success of the inaugural Dubai Breeze-up Sale. Our goal is to strengthen Dubai’s position in the field of equine sports and activities, and by hosting the Middle East’s first sale of two-year-old horses, we are further contributing to enhancing Dubai’s status as a leading player in the world of horse racing.”

“We thank the team at Goffs, the consignors, and buyers for their hard work and support. This has been an excellent start to what we hope will be a sale which will grow, year on year,”

The very first lot, MC Thoroughbreds’ son of Gun Runner, out of Grade 2 winner Bank Audit, went for AED1.4million to Dr. Jim Hay, a longstanding owner who has recently based horses in Dubai with Bhupat Seemar.

The Zabeel Stables trainer will take delivery of the bay colt, with new owner Hay commenting:

“I think the sale is a brilliant concept and I know it’s something that Goffs have been hoping to do for a while. The horse has a lovely pedigree. We’re looking for horses who will go on the dirt in Dubai. We bought three in Ocala last week to go to Bhupat Seemar and he will train this horse as well.”

Dr. Jim Hay also dug deep to secure another of Mickey Cleere’s three-strong consignment, the Into Mischief filly out of 11-time winner Ageless, for AED1.6million.

The sale, which had 72 lots originally catalogued, offered a range of sires, including one by Frankel who was the first to smash the two million dirham barrier. Lot 30, Frankel out of Noyelles, dam of Meydan winner Lily’s Angel, went for AED2.1million to Hirokazu Okada/Big Red Farm, delighting consignor John Cullinan of Church Farm and Horse Park Stud.

“We’ve had a marvellous night,”

“We’ve sold a Tapiture and a Mastery well, so we’ve been very lucky, and then to have this horse. Some friends of ours bought him as a foal and then didn’t sell him as a yearling, so there was a lot of pressure, but he’s a marvellous horse. They weren’t expecting a rocket type - these are next year’s horses - and we’ve trained him accordingly. He did very little galloping, Roger Marley looked after all of that, but this horse was just naturally talented and he has improved physically.

“I’m all for anything that will bring new money into the sport, and fair play to Goffs and the Dubai Racing Club to establish this. It’s another dimension to the whole season and they have been fantastic hosts. They have looked after us so well. There’s a great crowd here,”

It took another 15 lots to beat that figure when Lot 45, a son of 2008 Dubai World Cup winner Curlin, out of dual winner Saucy Dame, took over the top spot. Consigned by Powerstown Stud, the chestnut was knocked down for AED2.5million to Mohd Al Subousi.

“That was beyond my expectations,”

“He was just a bit babyish when we bought him but he matured into a lovely horse."

"This is much easier for us because you can get the horses here in one piece and hopefully they will train on. I think it’s a very good idea. If you’re buying a classy horse like that you don’t want them doing 10-second furlongs.”

Also popular was Lot 40, Kingman ex Raskutani, a half-brother to Meydan winner Global Heat, who went for AED2million to Peter and Ross Doyle, while the sale’s only Dubawi, Lot 24, a filly out of dual winner Joyful Hope, went for AED1.4million to Yousuf Salem Saeed Saqer Al Kaabi. 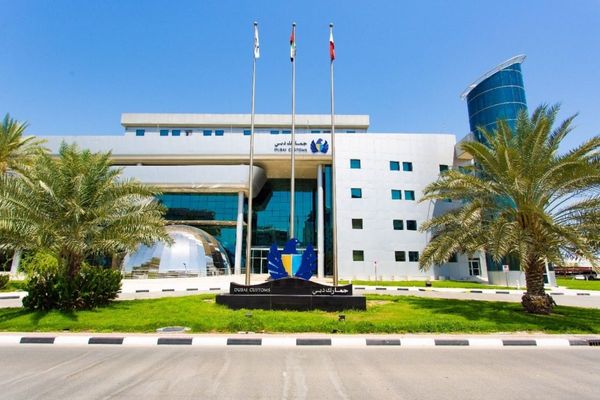 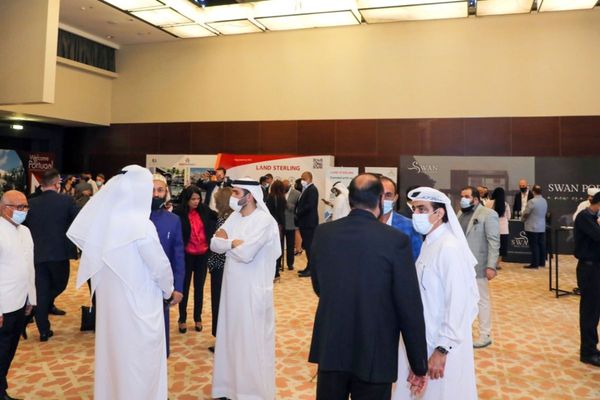